Ethereum continues to show more muscle than a bitcoin struggling to exceed 50,000 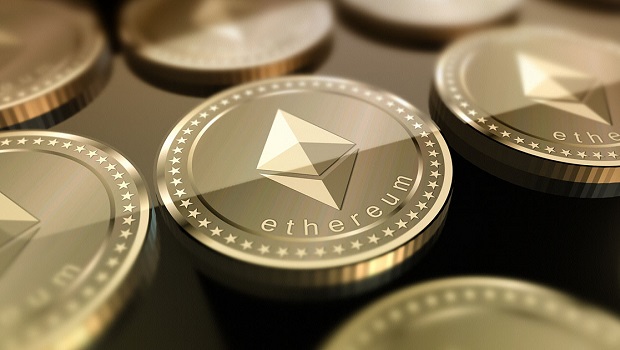 At the edge of the historical highs, this is how ethereum initiates a week between August and September, in which it has up 25% in the last seven days and in which he has once again shown that 2021 is his year, well above bitcoin. Other events in recent days go through the greatest regulatory scrutiny in China and the US, for the second attempt in just over 10 days for bitcoin to exceed $ 50,000 and for the rises in solana, which has been placed as the seventh 'crypto 'by market capitalization.

Bitcoin maintains the positive trend of recent weeks, "but progress is slow", says Alejandro Zala, Bitpanda's country manager in Spain. During the last four weeks of trading, volumes have steadily declined as investors showed a strong preference for 'altcoins'. In fact, the 'Altcoin season index', the index that analyzes the behavior of alternative currencies with respect to bitcoin during a certain period of time, shows that investors have a strong preference for the rest of tokens.

"The Major 'altcoins' have surpassed the queen of crypto in the past month, although August was one of the most profitable months of this year for the creation of Satoshi Nakamoto, with a growth of 20% ", indicates Zala.

Above the rest, ether, a unit of the Ethereum network, stands out, which "is experiencing an upward momentum and a falling wedge break at the top of a very bullish monthly candle close for August," highlights Bitpanda's country manger in Spain. . Wedges are commonly used in technical analysis to confirm trends and identify breakouts and pullbacks. "The formation has been building since the beginning of the month and is usually a continuation pattern, which means we can expect a most bullish price movement in September", he adds.

The month of August has been very profitable for the holders of the ether, since the token has risen 30%. It is the second consecutive monthly increase and the highest since April, when the price advanced almost 45%. Demand for ethereum skyrocketed earlier this month with the implementation of EIP 1559 – the London update – on August 5. Apart from its positive price evolution, the dominance of the second crypto is also in an uptrend and is currently just over 20%, while the dominance of bitcoin fell below 42%, its lowest since the beginning of June.

"Ethereum is clearly the stronger of these two currencies in 2021 and has so far outpaced bitcoin with a 360% profitability so far this year, while bitcoin is up around 70%," Zala rounds out.

ADA AND SOLANA COME UP WITH WINNING

While bitcoin is mostly moving sideways, the larger altcoins are outperforming. "After a wild ride since the beginning of the month, ADA bulls took time off last week. The price was mostly flat, but still holding the bullish momentum, "writes Zala. However, ADA has seen another rise and has risen above $ 3. We can probably expect some more action before the official launch of the contracts. Smart Cardano on September 12.

Point and apart deserves Solana, which has risen more than 400% since the beginning of August, according to CoinMarketCap and around 70% in the last seven days. At just 18 months old, it has a market value of more than $ 40 billion. Currently, Solana supports about 60 thousand transactions per second, becoming the blockchain, without permission, more scalable and with the highest performance in the world. These transactions also carry commissions of $ 0.000001 per operation, which facilitates their daily use.

Coinbase is working to integrate Polygon (and is giving away Bitcoin)

It's late to buy, but early to sell: Ibex support and resistance