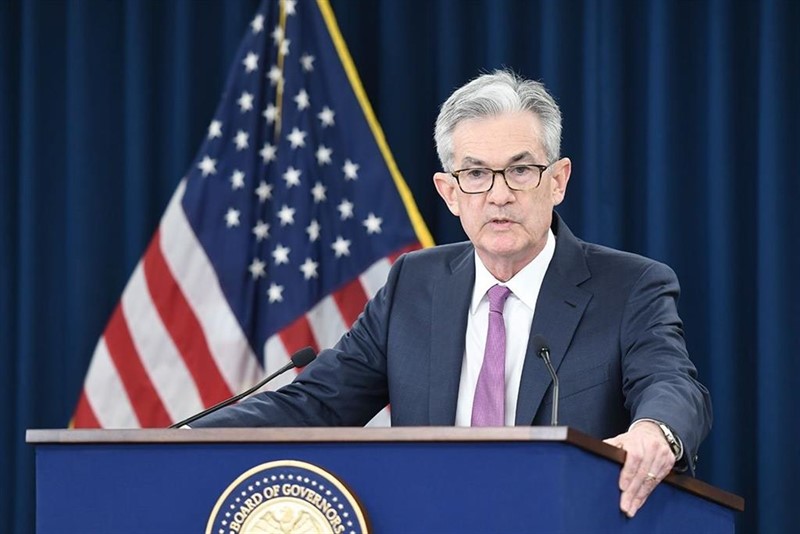 Wall street it falls after the minutes of the last meeting of the US Federal Reserve (Fed) were published, from which it appears that officials are considering a reduction in economic stimuli this year.

At the moment, it is a small correction after several days of gains and consecutive all-time highs for the S&P 500, which has registered a 100% revaluation from the lows marked in March 2020, when the Covid-19 pandemic plummeted global stock markets.

Also, the Dow Jones it came from a streak of five sessions closing positive, with two records, before the correction experienced between this Tuesday and Wednesday. So far this year, it has appreciated 15%.

In this scenario, investors discount several factors, such as the advance of the Delta variant in the United States, the end of the stimuli of the American Government, the rebound in inflation and the monetary policy of the Federal Reserve (Fed), which begins to consider the withdrawal of its monetary stimuli, as reflected in the minutes published this Wednesday on its last meeting in July.

THE MINUTES OF THE FED

"Most of the participants indicated that, as long as the economy evolved in general terms as expected, they considered that it might be appropriate start slowing down of assets this year, as they considered that the criterion of "substantial new progress" of the Committee was fulfilled with regard to the objective of price stability and was close to being fulfilled regarding the objective of maximum employment, "the briefs said. .

The optimism that emerges from these statements collides with the prudence of other members, which warned that "the Committee should take into account the risk that a premature reduction announcement could call into question the Committee's commitment to its new monetary policy framework. "

Many of the officials showed that they preferred wait to consolidate employment data before making any movement.

On the evolution of the economy, they argued that the uncertainty due to the pandemic is still "quite high" and that they exist "upside risks" on inflation. On the other hand, some members were afraid that precisely the coronavirus would cause a decrease in the CPI that would slow down the growth of the economy.

THE RISKS OF PANDEMIC

On the evolution of the economy, the analysts of Barclays, which argue that "July retail sales were substantially weaker than expected."

"They probably reflect in part that the positive effect of the stimulus fadesas most of the payments were distributed in the second quarter. Also, the report, which primarily captures sales of goods, is likely to indicate a shift towards consumption of services", they add.

For their part, from Link Securities they comment that "it is possible that the new wave of the pandemic will cause a slight slowdown in the economic recovery process, affecting more certain sectors of activity, such as leisure and tourism, although we do not expect it to do so in a relevant way ".

"However," they add, "with stocks at highs, we do not rule out the markets entering a consolidation phase waiting to see the true impact of this new wave on the economy or even to experience a correction, which we do not believe that, if it occurs, will be very pronounced".

At the strategic level, the analysts of Citi anticipate that the 10-year US Treasury yield will rise to 2%, which "will put pressure on valuations of world stocks and of growth stocks in particular. Therefore, We cut the US Tech sector to 'neutral' and we raised Japan equities to 'overweight', "they argue in one of their latest reports.

COMPANIES, TECHNICAL ANALYSIS AND OTHER MARKETS

In the business scene, the retail sales Target have exceeded consensus estimates in the second quarter. The company leaves 3%.

Likewise, after the results of Home Depot those of your competition arrive, Lowe's, that has exceeded expectations with a profit of 3,020 million dollars. This has helped it to improve its forecasts, facing the entire fiscal year of 2021, in which it expects to reach 92,000 million. After making them public, the stock market shot up 5.5%.

Secondly, Philip Morris has taken 22.61% from the British developer of respiratory drugs Vectura through a takeover bid.

By technical analysis, the S&P 500 "it is in absolute free rise. Thus, the rising lows and highs in the S&P 500 happen over and over again without end. And this is nothing other than the simplest definition of what an upward trend is, "explains José María Rodríguez, an analyst at Bolsamanía.

"Until we have a weekly close below the last rising low, we will not have the slightest sign of weakness within the impeccable uptrend in all timeframes. Thus, the support to monitor at this time is in the 4,233 points", concludes this expert.

The Ibex seeks to rebound after the falls, with the focus on inflation and the Fed

How to build an Axie Infinity team with little investment