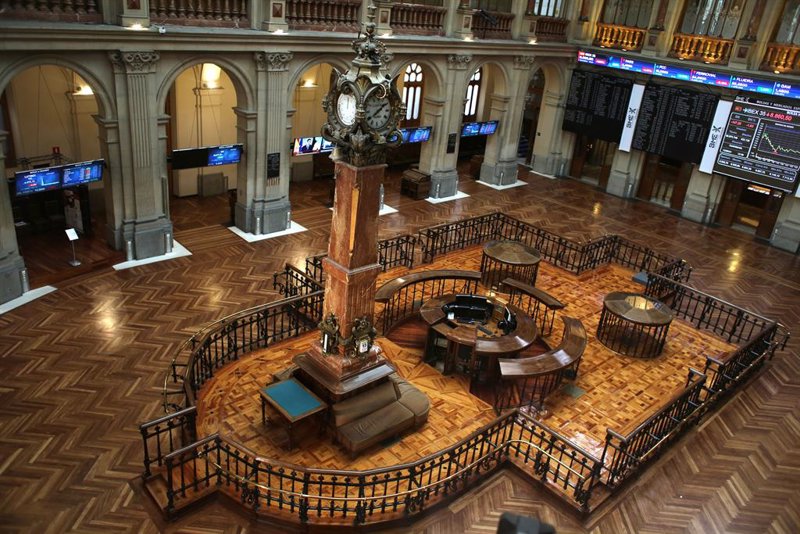 The Ibex 35 has risen 0.23%, to 9,095 points, at the end of a lateral week for the Spanish index, which began on Monday from 9,030 integers. Within the selective, the most pronounced falls have been those of Iberdrola, IAG Y Meliá, while the other side of the coin has been the increases of ArcelorMittal Y PharmaMar.

In the case of Iberdrola, it has continued to suffer on the stock market after FundNews has published that the indictment of Ignacio Sánchez Galán in the Villarejo case is a "reputational risk" with "negative impact" for your quote.

In addition, tourism values ​​(Meliá, IAG) have received a decline than The United Kingdom has only included the Balearic Islands and not the Canary Islands on your list of safe destinations to travel.

US BANKS SURPASS THE STRESS TEST

At the international level, banks in the United States are protagonists after have passed the stress tests of the Federal Reserve (Fed), showing that "they could withstand another serious recession," the Fed said in a statement. As expected, all remaining restrictions on buybacks and dividends have been lifted.

Analysts indicate that this decision could mean the return of billions of dollars in excess capital to shareholders, and they specify that we will have to wait for the last figures of the second quarter to see how much it could rise, given the recent warnings from JP Morgan and Citigroup that the income will probably be much lower.

Nike is also news, which has exceeded estimates with its income and it shoots in Wall Street, which is trading at all-time highs.

Also, there is a lot of talk about Toshiba and the removal of its chairman by its shareholders.

On the economic scene, the inflation index PCE, which reflects changes in the prices of products and services purchased by consumers in the US and is the measure that the Fed observes to calibrate inflation expectations, has rebounded to 3.9% year-on-year, slightly below the 4% anticipated.

However, this is its highest level in almost three decades, since 1992. For its part, the underlying PCE has risen to 3.4% from 3.1% year-on-year, in line with forecasts. At the last meeting, the Fed had to raise its forecasts for this indicator to 3.4% for the whole year in general rate and until 3% in underlying rate.

In another vein, the central bank of Mexico it has surprised the market with an unexpected rate hike.

The Ibex recovered 9,000 points this Thursday, extending the lateral movement of the last weeks. Bolsamanía experts explain that, to confirm a signal of strength, we should wait for a close above 9,200.

"At the moment the strong upward trend continues. The first support level is at 8,800 points," says César Nuez, an expert at Bolsamanía and head of Trader Watch.

The gold and the silver they advance, up to 1,788 dollars the first and 26.30 dollars the second.

Only 15.8% of young Spaniards live emancipated, the lowest figure of the century