Chaos with AstraZeneca threatens Europe: "Other vaccines must be secured quickly" 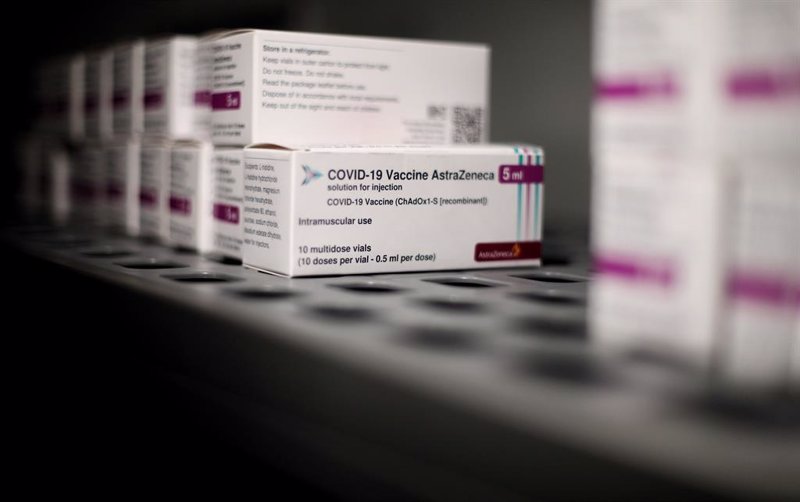 There are many doubts about the vaccination process against Covid-19 in Europe. Different and important experts have stressed in recent days that it is very slow, that it is not properly managed and that suffers from a fundamental problem: vaccine shortages. At this rate, they warn, the summer can be considered lost, while they warn that the economic recovery will be less rapid in the European Union (EU) than in other areas of the world -such as the USA-, especially in those countries of the South dependent on tourism, among which is Spain.

These doubts have been increased this week by an added problem that worries to analysts: the suspension of the use of the AstraZeneca vaccine, or of any of its batches, in different countries. Denmark, Norway, Iceland, Thailand, Romania or Bulgaria have discontinued inoculations with the UK-based company's vaccine, while as many other countries (Australia, Estonia, Latvia, Lithuania, Luxembourg, Italy or Spain) have stopped using some batches of it due to various problems, ranging from the death of those vaccinated to the appearance of thrombi. In our country, this Friday it was known that Andalusia has immobilized the company's batch of vaccines linked to the generation of these thrombi.

The European Medicines Agency (EMA), meanwhile, does everything possible to stop the cascade of bad news by supporting the vaccine, developed in collaboration with the University of Oxford, and recommending that it continue to be administered. The EMA's safety committee is reviewing the matter, but has said that currently there is no evidence that vaccination caused blood clots, insisting that they are not listed as side effects of this vaccine.

Experts do not like what is happening with AstraZeneca, a problem added to the already slow and deficient vaccination process in Europe

Nevertheless, experts do not like this headache added to the already slow and deficient vaccination process in Europe And, although they emphasize the fact that the suspensions related to the AstraZeneca vaccine will be temporary, they understand that it is not a positive, nor due to the doubts it generates around a vaccine that, from the beginning, has been very controversial, nor because of the additional problems it poses in the supply of vaccines in Europe.

"The concern in the Eurozone is that these negative AstraZeneca headlines can cause some indecision when getting vaccinated", warns Edward Moya, an analyst at Oanda. Given this, he believes it is "It is important that the European Union quickly secures other vaccines". Moya warns that Europe's economic prospects will be affected until Covid vaccines are available, "which will likely delay expectations that Europe can achieve herd immunity."

From CMC Markets they recognize that the setbacks in the deployment of the AstraZeneca vaccine "could influence the general sentiment", to which we must add that the company will not meet its target for delivery of the vaccine to the EU in the first quarter.

"The question is whether all of this will reduce the already low acceptance of AstraZeneca's vaccine and therefore postpone the reopening of the European Union.", they explain from Danske Bank. The Danish bank relativizes the impact that the situation may have on the vaccination process in the Old Continent, but acknowledges that it will closely follow the matter, while assumes that the biggest problem in Europe is the shortage of vaccines.

Faced with the panorama in the Old Continent, it should be noted that Joe Biden assured last Thursday, in his first speech to the nation, that the vaccine will be available to all adults starting May 1 and he predicted that, if all Americans do their part, on July 4, Independence Day, they will be able to celebrate it with family and friends.

Some five million people in Europe have so far received the AstraZeneca and Oxford vaccine. Of this number, 30 cases of so-called "thromboembolic events" have been reported, according to CNBC. These cases refer to the formation of blood clots in the blood vessels and the blockage of blood flow.

AstraZeneca has said that the vaccine has been extensively studied during phase 3 trials and that peer-reviewed data confirms that the injection is "generally well tolerated."

AGUANTA IN BAG … FOR THE MOMENT

And as more and more countries turn their backs on the AstraZeneca vaccine, the market maintains its confidence in the company. In a week that will be remembered for the succession of bad news, the pharmaceutical company has held positive on the stock market (+ 1.7%).

However, the technical experts of Bolsamanía point out that, although it has done well in recent sessions, and although in the year it "only" fell by around 5%, the truth is that its technical aspect is "very bad" after losing, at the end of February, 7,200 pence. "The rise this week could be a simple rebound to continue losing positions," they warn, and they see a fall to 6,000 pence more likely than an attack to 8,000 pence.

How to earn passive income with Xminer Cloud Mining?