"The next big corporate buyer of Bitcoin is Oracle's Larry Ellison"

It's safe to say that Bitcoin adoption is now through the roof. The largest cryptocurrency rises higher every day and breaks borders. Bitcoin hit a new all-time high on February 8, climbing to $ 47,513 before settling back to $ 47,200 and is now up more than 7.1% in the past 24 hours. 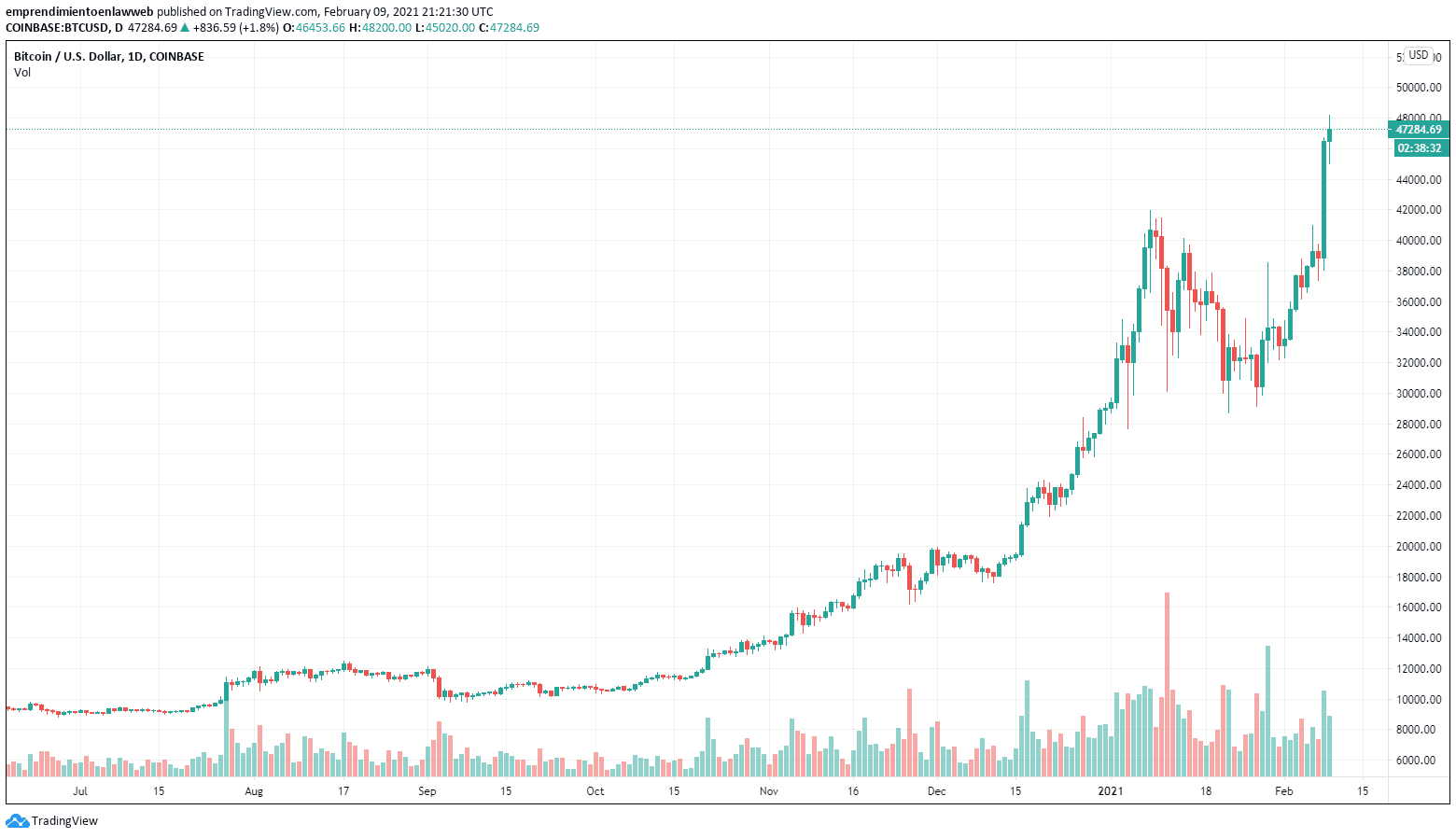 The Bitcoin bullish momentum and the strong results for a few months have been driven by the new wave of institutional investors boarding the BTC ship. One of the things that Bitcoin lacked over the years in the world of finance was the trust of large financial institutions. That seems to have changed now, as many multi-billion dollar institutions are buying and tackling Bitcoin in the hopes of performing well in the future or using it as a store of value.

MicroStrategy, Grayscale, Square Inc, and now Tesla have all contributed to the institutional influx into the bitcoin market, buying bitcoins with shareholder funds. MicroStrategy spent $ 1.57 billion in total on the buy bitcoin and it has almost doubled in value.

Max keizer, a Bitcoin pioneer and co-founder of Heisenberg Capital, has revealed that the next big corporate buyer of Bitcoin is the billionaire, business tycoon, investor and co-founder of Oracle, Larry Ellison. Bitcoin's recent surge was largely attributed to the purchase of BTC for 1.5 billion from Elon Musk and Tesla. Bitcoin's surge above the $ 47,000 mark came an hour after the news broke.

Elon muskCEO of Tesla and SpaceX, was not really a fan of Bitcoin in its early stages, but has since turned around, endorsing the cryptocurrency numerous times and even on his Twitter account.

Larry Ellison seems willing to follow in the footsteps of billionaire Elon Musk and add Bitcoin to his company's balance sheet. Although these are just rumors, Ellison is a member of the Tesla board, which means he was involved in the automaker's decision to buy $ 1.5 billion worth of Bitcoin.

Musk and Ellison reportedly met again in Hawaii in December of last year, further fueling the rumor that the meeting might have been business, regarding the buy bitcoin from Tesla. Reports suggest that more than $ 25 billion of institutional money would flow into Bitcoin this year and Ellison along with his company, Oracle will certainly not be the last to do so if you decide to buy Bitcoin.

Musk's message is clear: "Bitcoin is a means of payment," says Mohamed El-Erian

Sandbox sold more than $ 2.8 million in land in 1 month

What are gas fees?