Cold weather at Christmas that will plunge thermometers below 10 degrees 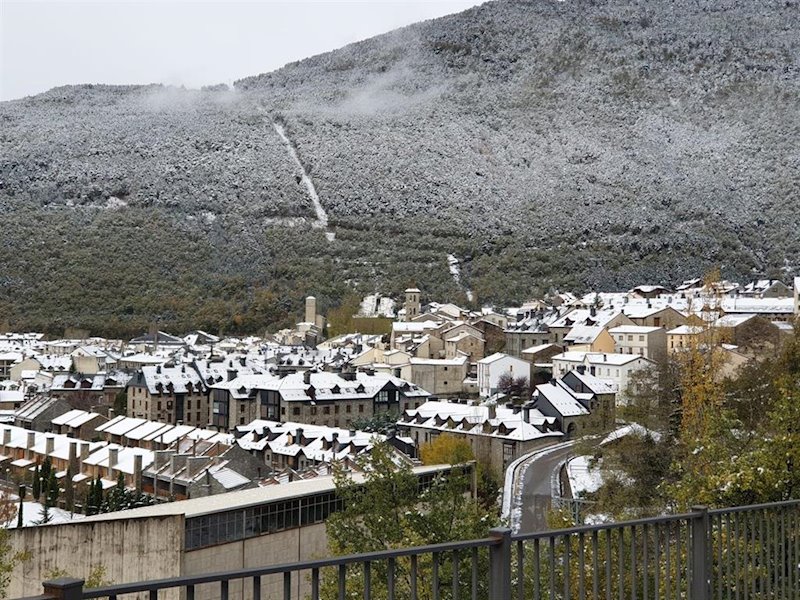 The winter atmosphere will take over large areas of Spain these Christmas days due to the arrival of a polar air mass coming from the European continent that will collapse the thermometers with temperatures below 10 degrees in much of the northern half of the peninsula and will put an end to the abnormally mild period of the last days.

This is due to the fact that the winds coming from the south and west turn to the north and northeast, with which "a cold polar air mass will enter, but without too much moisture content", according to Rubén del Campo, spokesman for the State Agency for Meteorology (Aemet).

Therefore, temperatures will drop throughout the peninsula except in areas of Extremadura and western Andalusia, and the decline will be noticeable in the Cantabrian provinces, Pyrenees and southern Aragon, with falls of 7ºC in Teruel compared to this Tuesday; 6ºC in Bilbao, Santander and Zaragoza, and 5ºC in Ávila, Huesca, Oviedo, Salamanca, San Sebastián and Vitoria.

After several days with more heat than usual, this Thursday of Christmas Eve will colder than normal for the time of year in large areas of the country. The Aemet prediction, collected by Servimedia, indicates that the thermometers will mark less than 10 degrees in the entire northern half of the peninsula except for the coast and the Ebro valley. Instead, they will reflect about 20 degrees in the Andalusian Mediterranean, Murcia, Valencia and both archipelagos.

The cooler capitals They will be Ávila, Burgos, León, Palencia, Soria, Valladolid and Zamora (8ºC at most), and Huesca, Logroño, Lugo, Salamanca, Segovia, Segovia and Vitoria (9ºC). By contrast, it will be hotter in Las Palmas de Gran Canaria (23ºC), Murcia and Santa Cruz de Tenerife (21), and Malaga (20).

For its part, the snow level will be about 1,000 meters in the north of the peninsula and in eastern Iberia. The day will be one of morning fogs in the southern plateau, the Guadalquivir valley and the plains of Lérida, as well as haze in the Canary Islands.