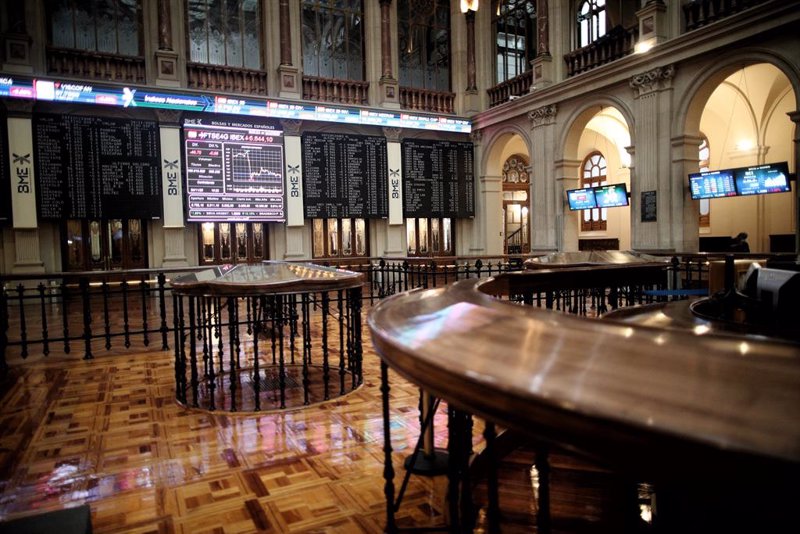 Europe is trading with a mixed sign at this time (Ibex: -0.68%; Cac: + 0.01%; Dax: + 0.35%; Ftse 100: + 0.33%) on the last day of a month of November that has been historic and in which, in the absence of what happens today, the Spanish selective has registered a revaluation never seen in a month, of 27%. The experts from Bolsamanía emphasize that the Ibex has done in a month what it usually does in a good year. These increases have allowed the index reduce the gap with the rest of the squares of the Old Continent. Even so, 14% is still left in 2020.

Within the selective stand out the falls in banks, Telefónica or Repsol, and the increases in Acciona, Solaria, PharmaMar and Siemens Gamesa.

In Asia, the journey has been marked by setbacks, in a session in which the official manufacturing PMI for November was published, which has remained at 52.1, above expectations of 51.5. PMI readings above 50 signify expansion, while those below that level represent contraction. The non-manufacturing PMI for the same month was at 56.4 compared to the estimate of 52.1.

In Spain, the preliminary inflation for November (the CPI remains at -0.8%), while the most relevant appointment on the calendar is that meeting of the Organization of Petroleum Exporting Countries (OPEC) and the rest of the large producers that do not belong to the cartel to decide what to do with the production. Despite strong rises in oil in November, it is expected that OPEC + delay the increase in production until the next quarter.

For the rest, this Monday there is a videoconference of the Eurogroup, in which it will most likely be discussed the issue of the blockade of the European budget and also Brexit . Remember that one of the key appointments of the month of December that is about to begin is the summit of the European Union (EU) of 10 and 11, which seeks to reach an agreement with the United Kingdom. There is increasing fear that this pact will not be finally reached.

Today the November CPI in Germany, in a day in which the president of the European Central Bank (ECB) spoke, Christine Lagarde, ensuring that "interest rates will remain low for a long time." This week the euro zone unemployment rate will be released on Wednesday and the US employment report for November on Friday.

Also note that today is the Cyber ​​monday, day in which it is used to make purchases online at better prices. As for Black Friday, it is estimated that online sales have risen 22% over last year, to $ 9 billion, registering the second day with the highest online spending in US history, only behind Cyber ​​Monday 2019, according to Adobe Analytics.

Finally, and from a technical point of view, the experts at Bolsamanía emphasize that the Ibex maintains the buying force and continues with the resistance of 8,375 points in focus. Analysts consulted by Bolsamanía believe that the Spanish index has exhausted its strength to give them a full-fledged Christmas rally, although do not rule out that this happens if more positive news finally appears (especially related to the vaccine) during this next month.

So you can buy Bitcoin very easily and quickly using fiat