Two of the most talked about cryptocurrencies of the moment, particularly in terms of price performance, are undoubtedly Litecoin (LTC) and Ripple (XRP).

In fact, everyone is wondering why they are rising and what are the price predictions for the two assets in the short and medium term.

According to one particularly optimistic trader, the Ripple cryptocurrency, XRP, could hit all-time highs since the performance seems similar to 2017.

“As you can see, in 2015 XRP had an extended bear market that was strikingly similar to what we have been in since 2018. The current market formed a similar base (green rectangles) as well as superior resistance to the downturn (blue trend lines) And when XRP broke above that falling blue trend line in 2017, that was the signal that the new bull market had started. By looking at the price action today, we can see that the similarity is undeniable. The price has spiked above the descending blue trend line, just as it did in 2017, showing that there is an extremely high probability that we are entering a new massive bull market ”, explained the trader .

However, in As far as LTC price goes, traders don't seem so bullish since, although the volumes that are currently being bought are high, the price could fall soon. 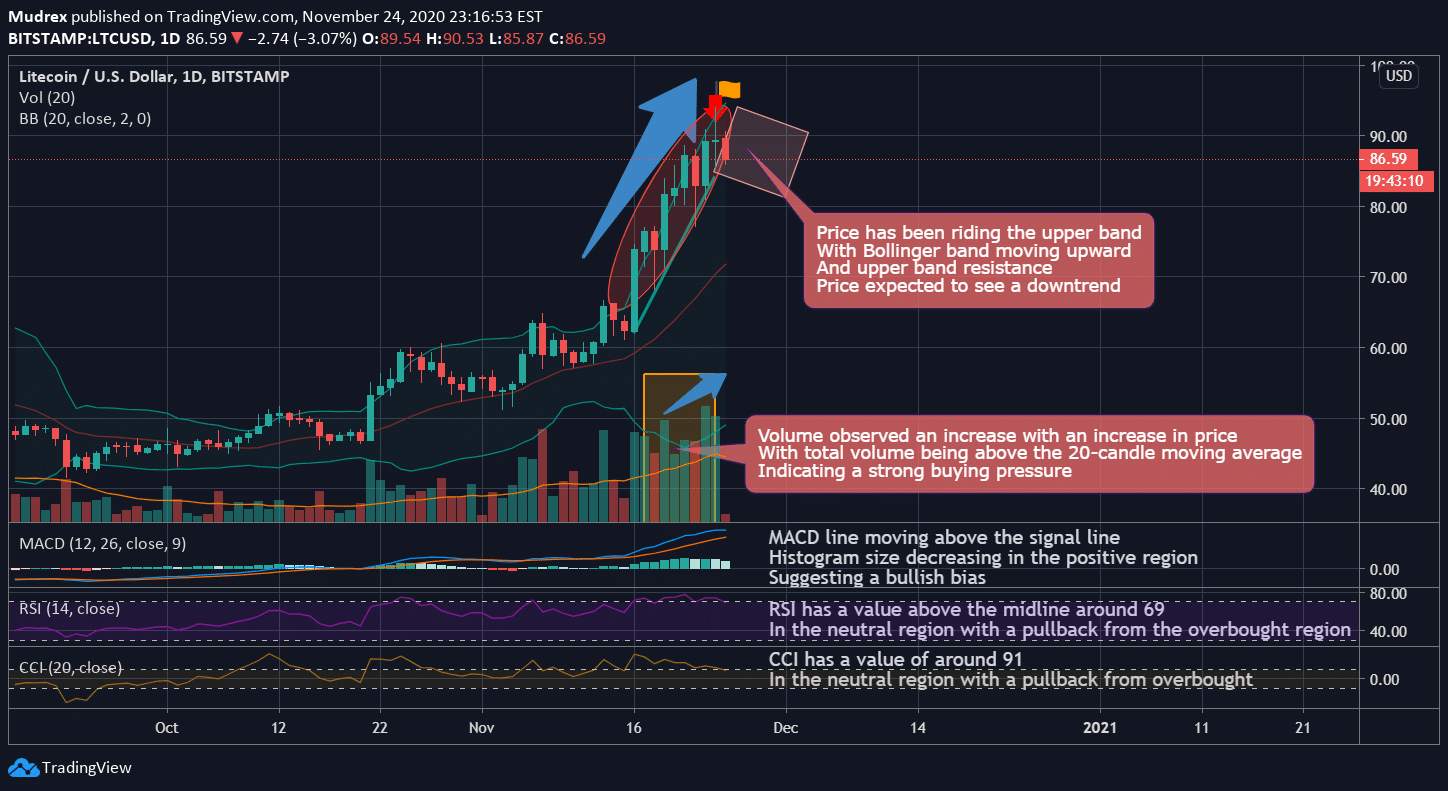 "The price expected to see a slight downtrend, as the price is in the upper band with the Bollinger band moving up and resistance in the upper band.", explained the analyst in Tradingview .

Cardano: What are the levels to watch out for?

Another cryptocurrency in the eye of the storm these days, with an increase of almost 3% in the last 24 hours, is Cardano, Or better ADA.

But not everything is gold that glitters and, in fact, a tradingview trader says he is not very optimistic.

Cardano is on an ascending resistance line, bringing it closer to a possible all-time high, after the so-called reverse head and shoulders formation has been completed:

“Cardano is in a situation where it comes up with major bearish signals that are likely to show the expected pullbacks here, when they set in, it will be the point where Cardano needs to show how it handles a stabilization within the support group before proceeding. In this case it is of great importance that Cardano does not fall below the group again because this can possibly invalidate optimism in the future. Next times§ will show how Cardano moves forward with the suggested approach and it will be an interesting journey as Cardano is one of the most volatile pairs and therefore good for trading considerations ”.

New chill in the US, which adds more unemployment claims than expected

The Ibex rises slightly and maintains the resistance of 8.375 in the spotlight

XRP holders will receive a second airdrop from Flare Finance

Ethereum (ETH) whale wallets are constantly on the rise