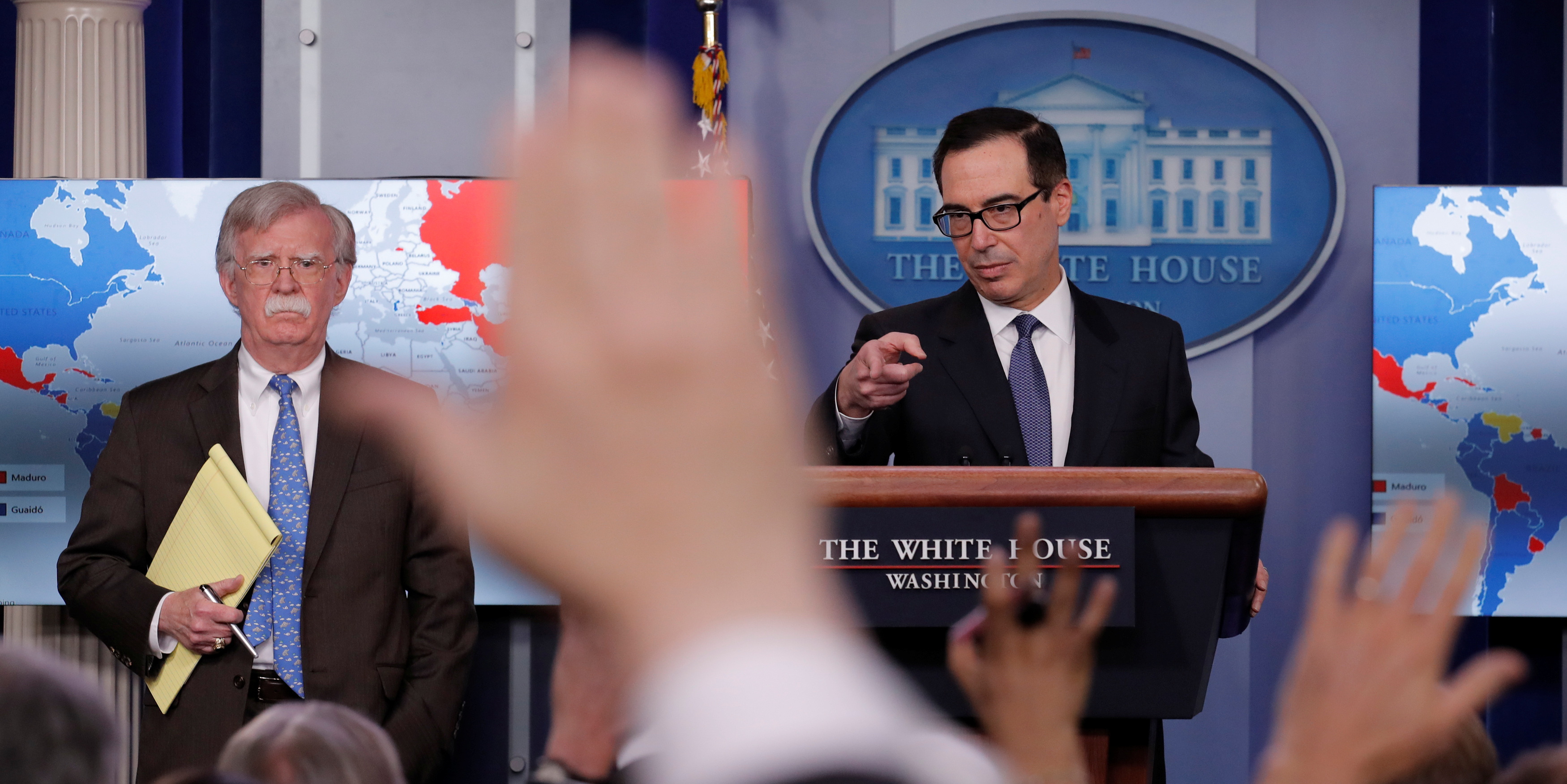 Europe woke up this Friday with surprising and unexpected news, the decision of the Secretary of the Treasury of the United States, Steven Mnuchin, of end five of the Federal Reserve's nine emergency programs (Fed) to face Covid-19, something that has notified Jerome Powell through a letter and opens a "very untimely" confrontation between both institutions, according to experts.

Although the stock markets seem focused solely on the vaccine and its desire to continue rising, largely ignoring the negative news, the truth is that it is, according to analysts. Oxford Economics advises that if the Fed programs expire at the end of the year, as requested by the Treasury, "represents a risk to the economy" of the United States.

"Although the measures (of the Federal Reserve) have been little used until now, the deterioration of the economic strength of the Fed raise doubts about the ability of your arsenal to fight the recession and lead to an adverse market reaction"these experts warn.

"These very cold exchanges between the Fed and the Treasury, exposing themselves to public opinion, further erode fragile market sentiment."

The confrontation shows that the Treasury and the Fed are in disagreement on the way in which US stimulus funds should be deployed. In addition to the end of the emergency programs, Mnuchin has also asked the Federal Reserve to return unspent funds, which amount to about $ 454 billion – authorized through the CARES Act (Coronavirus Relief, Relief and Economic Security Act) – used to support emergency loan programs. "Although the Fed could use its Exchange Stabilization Fund to restore these facilities, We estimate that your loan firepower would be ten times less"With this decision, they warn from Oxford Economics.

The Fed is expected to abide by the Treasury mandate, although it has replied that "it would prefer that the full suite of emergency programs … continue to play your important role in supporting our still tense and vulnerable economy", highlighting this" rare and untimely "public dispute between the two institutions, point out from Oxford Economics.

"These cold exchanges between the fiscal arm and the monetary arm of the United States, exposing themselves to public opinion, do nothing but further erode fragile market sentiment, prompting investors to take a cautious stance", remarks Han Tan, analyst at FXTM.

The Fed's emergency loan services have been little used, but their existence has been key to ensuring a credible safeguard against financial market stressThey add from Oxford. "With the worsening of the Covid-19 crisis and the slowdown in activity in the absence of tax aid, The Federal Reserve's decision to reduce firepower could destabilize markets and exacerbate economic stress", they insist.

The risk is multiple, they underline, and includes the increase in the returns of companies in difficulty, the limitation of access to credit for small and medium-sized companies and the worsening of financial difficulties in municipalities with budgetary limitations.

Mnuchin hopes Congress will consider reallocating unspent funds from CARES for new stimulus measures without incurring a larger budget deficit. However, from Oxford Economics they believe that this justification of Donald Trump's Secretary of the Treasury for adopting this decision does not hold if the confrontation that exists between Republicans and Democrats in Congress, which has led them to being unable to reach an agreement on an aid package. Nor would it make sense in the face of low interest rates, which negate any looming concerns about debt. "And it can backfire if it leaves the Federal Reserve unprotected to address a worrisome economic situation in late 2020.", they conclude.

Amazon Go lands in Europe: this is the supermarket without boxes that will soon…

Bankinter insists that PharmaMar is a 'buy' and praises Zepzelca's good…