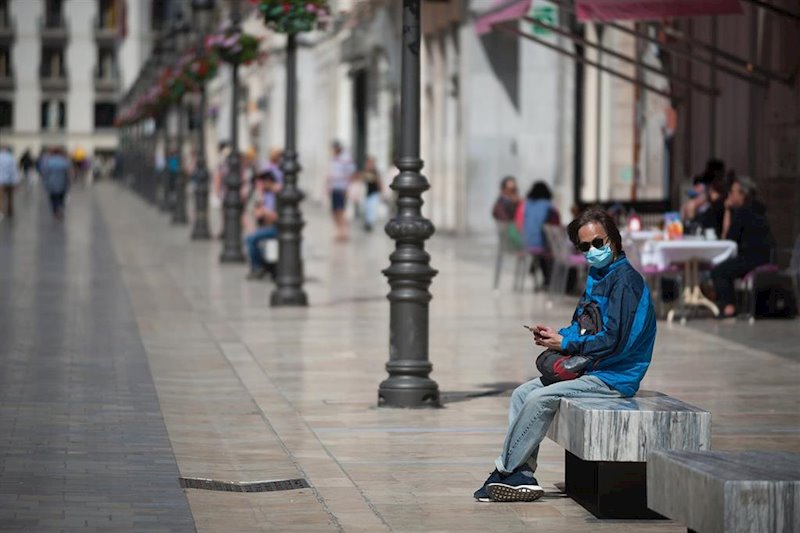 This Friday the bars and restaurants of Catalonia closed, and will remain that way for the next two weeks. It is one of the last measures that have been taken to try to stop the second wave of coronavirus infections that plagues Europe. But it is not the only one, since France has decided to impose a curfew in big cities starting this Saturday, and London has also taken stricter measures. All of them go in the same direction: now it has been chosen to restrict fun and not work.

It is the conclusion reached by all the experts, who already define this as "the economy of the curfew". The governments of the Old Continent have sought a way to combat the new Covid-19 infections without hitting the economy as much as happened with the total closure of March.

This time it has been decided to impose the closure of bars and restaurants at a specific time (this is what happened in Madrid, where mobility has also been restricted, and what Boris Johnson has also ruled in London), or it has been done as in Catalonia, which has decided to force the total closure of these establishments, so that for 15 days they will only be able to serve take out or home food.

Also, in many European countries, measures have been taken to restrict meetings in private places to a maximum of six people, and curfews such as the one approved by France are being imposed for Paris and other cities. between 9:00 p.m. and 6:00 a.m..

"The new restrictions differ greatly from previous blanket closures with tough stay-at-home orders. Curfews, bar and restaurant closures, limits on the number of people who can gather, and mobility restrictions affect our ability to go out and have fun, rather than our ability to work, shop, and send children to school", emphasizes Berenberg.

And now, according to the experts of this firm, European governments can opt for these measures because "fortunately, health capacity is under much less stress than at the peak of the first wave in April." Not forgetting that "societies have learned a lot about the measures that can help contain the spread of the virus."

CALM IS KEPT BECAUSE THERE IS NO HEALTH CRISIS

For his part, from Julius Baer they highlight that the second wave of coronavirus in Europe "It has not yet turned into another health crisis, which allows the authorities to remain calm". At least for now. "Covid-19 cases continue to increase in Europe", but "governments have refrained from imposing drastic containment measures, resorting instead to selective local closures" to contain the contagions.

However, the Swiss bank warns, "the situation is increasing pressure on the problematic service sector"And while markets" have not panicked yet, as hospitalization rates remain low, they are anxious that this could change more quickly than feared. "

In any case, Berenberg points out, the blow will be less because in March and April "economic activity plummeted up to 30% in a few weeks", while this time "the subsectors most affected by the new measures, such as accommodation and food services, the arts, entertainment, recreation, long-distance travel, and trade shows, represent around 5% of GDP in the Eurozone and the United Kingdom ".

What's more, the German analytics firm believes that the blow to consumer confidence will be less. Although it is possible to expect a "more cautious behavior" on the part of consumers and a confidence drop, which "will probably weigh on aggregate demand to a greater extent than the new restrictions that will limit supply in the coming months", the truth is that "like the blow to supply, the confidence shock should be much lower than in March and April. "

Berenberg believes, in fact, that "the second wave is a much less unpleasant surprise than the first" and that against the "background of ongoing medical progress," that is, advances with Covid-19 vaccine, and the "experience that the first wave was finally checked, consumers will probably see less need to restrict their spending now than a few months ago."

VectraCoin: A New Altcoin That Will Definitely Go "To the Moon!"

Taproot and Schnorr have been implemented in Bitcoin Core