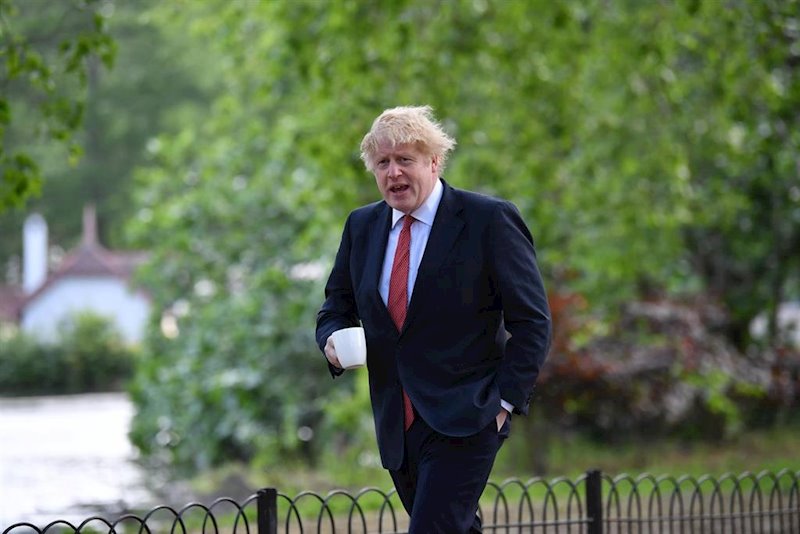 The British Prime Minister, Boris Johnson, has ruled out continuing to negotiate with the European Union (EU) a commercial treaty regulating relations between the Twenty-seven and the United Kingdom as of January 1. The 'premier' has followed through on his threat to end the talks if the October 15-16 summit of European leaders failed to design a framework for both parties.

Now London is preparing to make trade relations with the EU bloc more like those with Australia, based on "international free trade laws." "Companies and carriers must prepare for that", warned the 'premier' and sent a message of encouragement: "UK can prosper powerfully without an agreement."

"This outcome is part of what is expected, a Johnson's move to open rifts between member states (Germany and France in particular) and that the EU finally breaks down and conforms to the United Kingdom ", warns Neil Wilson, an analyst at Markets.com. The expert describes the gesture as a" political maneuver ", for the population, "while the talks are in progress" And it comes after negotiations have been stalled for months. The European leaders They offered this Thursday to continue negotiating after the last European Council, but Johnson has declared that "it makes no sense to continue unless they change their mind." "Now it is up to (the EU) to return to the UK if they have changed their minds." Johnson is "willing to listen" if there is "a fundamental shift in focus." "But it didn't sound like that because of what was said in Brussels," he added.

"We are concerned about the lack of progress. And we ask the UK to make the necessary moves", He said Charles Michel, President of the Council, after the meeting. Michel Barnier, European chief negotiator, has proposed to continue negotiating next week to reach an agreement at the end of the month.

The insurmountable obstacles are state aid, access to the European fishing fleet in British waters and the system of governance and dispute resolution. Experts believe that this has not changed and that both sides "continue to work towards an agreement with the date of the informal meeting of heads of state in Berlin scheduled for November 16 as a watershed moment."

The average investment in individual pension plans does not reach 12,000 euros