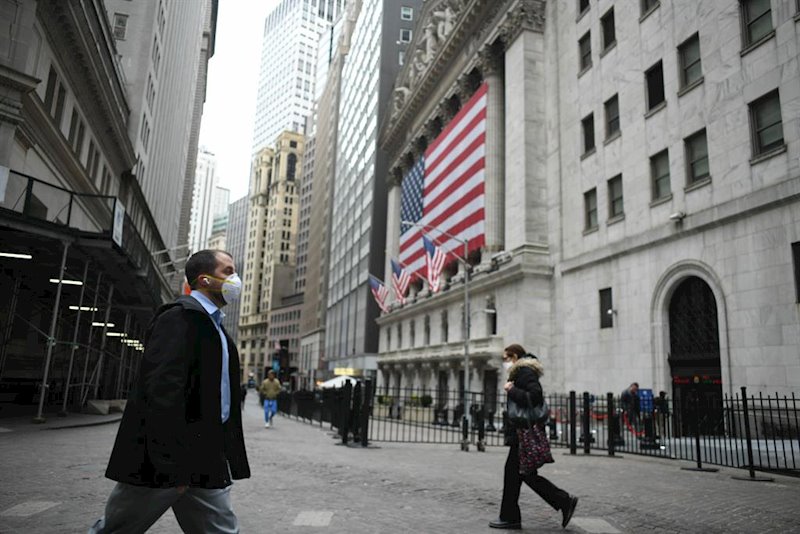 Wall Street has ended the first session of the week in a distinctly green tone due to the possibility that Republicans and Democrats seal a new stimulus plan in the coming days after rejecting the latest proposal made by the White House over the weekend.

The main US indices have advanced strongly this Monday. He Dow Jones has risen by 0.88%, the S&P 500 1.66%, and Nasdaq 2.56% in a day in which the bond market remains closed for being Columbus Day.

Optimism has come from the hand of a possible agreement between both political formations and when there are only three weeks left until the presidential elections.

The Speaker of the House of Representatives, Nancy Pelosi, and Secretary of Commerce, Steven Mnuchin they will return to sit down to negotiate after the unanimous rejection of the last proposal of the White House that advocated this weekend to increase the injection of funds in 1.8 trillion dollars. "This offer is one step forward and two steps back," Pelosi justified, understanding that it did mean more money in the pockets of Americans, but without an agreement on how to distribute it.

While the negotiations present some optimism, the US president, Donald trump, has resumed his electoral campaign with his sights set on November 3. Although two weeks have not yet passed since the US president was infected with coronavirus, Trump maintains his schedule in which he plans to travel to Orlando (Florida) this Monday.

Meanwhile, in Washington, it has begun before the Senate of the judge Amy coney barrett, where his confirmation as a member of the Supreme Court will be determined.

In the field of raw materials, oil prices have fallen by around 3% On Monday when force majeure was lifted at Libya's largest oil field, a Norwegian strike that affected production ended and US producers began to restore production after Hurricane Delta.

The latest IAG rises: a simple 'pull back' and nothing more