A new confinement? Several experts point out that Christmas is the best time 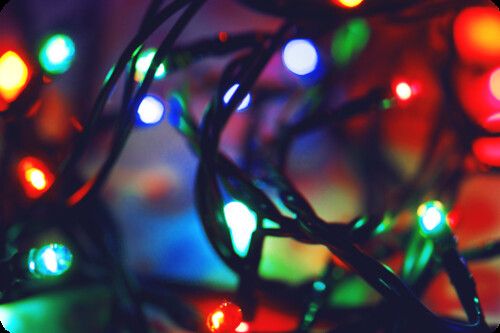 A new lockdown for Christmas? Several experts agree that the best way to stop the spread of the second wave of the virus is to repeat the isolation formula. It is already being considered on which dates it could occur again and everything indicates that the Easter period would be the ideal time for its application. However, is Spain prepared for it? Is it a more than probable possibility?

In some cities of this country, the number of cases exceeds 500 per 100,000 inhabitants, which means a trend much higher than the rest of Europe. These figures are well above what was expected at this time, as Salvador Macip, a Spanish doctor and researcher, has warned in an exclusive interview for ForexNews.online

Macip considers that the preventive measures imposed by the Spanish Government "have arrived late" and that now is the time to take tighter restrictions in a shorter time frame which, as has been shown, are more effective. Among the possibilities, the doctor points out “perimeter confinements”In those areas where the incidence is overwhelmed, in the case of the Community of Madrid, in order to reduce the rate of infections.

In his opinion, Spain should be designing a “Christmas most sacrificed”, That is, to analyze the circumstances of each territory and apply the necessary plan. Macip hopes that the Executive of Pedro Sánchez will study the different degrees offered by the word confinement, which is already scary in itself, being flexible and creative with it.

Along these lines, he has outlined an isolation similar to that which Boris Johnson, the British prime minister, imposed on this country. During the months in which the virus hit most of the planet, Johnson launched a more tolerant confinement, in which it was allowed to go out to do sports in the open air or to go for a walk, very similar to the one that France also used and that resembles the Spanish phase 0.

CHRISTMAS, MORE IN CHECK THAN EVER

Macip's opinion joins that of so many epidemiologists who have warned that Christmas 2020 can break all the family ties that are used on these dates. One of the first hypotheses that is already on the table is the suspension of mass events, such as the cavalcade of kings or the bells. A setback that children and adults do not want to imagine.

In certain autonomous communities, the incidence and the numbers are so high that there is beginning to be talk of prolonging the limitation of family reunions. In other words, in Madrid, for example, if only six members of the family could get together, while in Valencia the celebration could bring together a maximum of 10 people.

Even if the situation is extremely alarming, it could restricting mobility between provinces making it impossible for the 'prodigal sons' to come home for Christmas.

In the United Kingdom this possibility also appears, after Boris Johnson warned of it a couple of weeks ago when he decreed the bars and restaurants close at 10:00 p.m., as well as prioritizing teleworking, whenever possible.

Given the incessant increase in daily cases, already in the thousands, Carl Heneghan, director of the Center for Evidence-Based Medicine and Practice at the University of Oxford, explains that the best time to stop the growth of the pandemic, and that do not suppose a new economic setback, are the festive dates.

“This is a long winter. We cannot afford to go now with tough measures … The impact on the economy is going to be significant because as soon as you pause and then open up again, it tends to come back, "he said in Sky News.

Specifically, the teacher points out "the Christmas holidays" as the perfect occasion to restrict citizen mobility again. Heneghan defends his theory relying on the “seasonal effect ”of other respiratory diseases, which grow considerably in the final months of the year.

Among other speculations, from London there is talk of advancing isolation to White week, which this year will be two instead of one. In principle, the possibility of a preventive confinement is considered, but not mandatory, although nothing is official.

On the other hand, France has also joined this list of candidates for possible Christmas lockdowns. From the neighboring country, which lives a situation very similar to that of Spain in terms of the incidence that Covid-19 is having in its territory, the same idea has been raised, but for the Advent period, that is, from December 1 to 20.

Contrary to British opinion, Esther Duflo and Abhijit Banerjee, both winners of the 2019 Nobel Prize in Economics, say that in order not to aggravate the economic situation of certain sectors it is necessary to save the Christmas campaign.

For this, experts have proposed in an article by Le Monde that the typical purchases of these dates are advanced to November, minimize family contacts and close facilities that may be a source of contagion.

In addition, they have suggested the suspension of face-to-face classes two weeks before Christmas and the launch of massive tests around December 21 to make the Easter holidays as safe as possible.

Dogecoin will soon arrive on Ethereum thanks to the REN protocol

Unicaja and Liberbank re-negotiate their merger