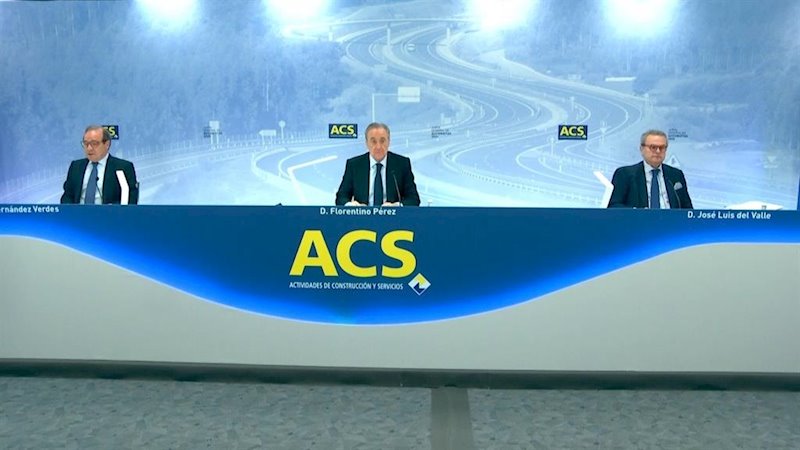 ACS is negotiating the sale of its Industrial Division, the jewel in its corporate crown. The buyer would be the French group Vinci, which would be willing to pay 5.2 billion euros (2,800 million in cash and another 2,400 million in shares or also in cash). If this transaction finally materializes, the Spanish construction company will have achieved the necessary liquidity to face the crisis that has caused the Covid-19 pandemic with total solvency.

"The best option right now is get as much cash as possible ", says XTB analyst Joaquín Robles. In this way, ACS will obtain "liquidity at a time when the economic slowdown has hit its accounts." In the first half of the year, the company headed by Florentino Pérez reduced its net profit by 30.9%, up to 361 million, mainly due to the decline in the Abertis business.

The perimeter of the operation would include, in addition to the engineering and works activities, the interests in eight concessions (PPP) of energy projects, as well as the platform for the development of new projects in the renewable energy sector. In unaudited pro forma data, these activities have represented in 2019 a turnover close to 6,300 million, as detailed by ACS.

From the Income 4 analysis department they consider that "this move could mean a change in the group's strategy towards the infrastructure business, where they will foreseeably allocate the funds obtained". However, they reiterate "prudence" with the value in the short term and maintain their recommendation at 'Underweight'.

For the analyst of Bankinter's Analysis and Markets Department, Juan Tuesta, this is a "very positive" operation. Especially since, according to their calculations, the amount for which the transaction would be closed "is equal to a multiple of 9 times the value of the company in relation to its gross operating profit (Ebitda) ". Therefore, it is a "very attractive price compared to the industry average", which is 6 times.

THE MARKET APPLAUDS THE OPERATION

The news about the negotiations was also very well received in the market. So much so that ACS shares rose 25.85% this Friday, its biggest rise since 2009, standing at 23.42 euros. With this rebound, it has managed to reduce losses for the year as a whole to 34.7%, handing Sacyr the baton as the worst construction company listed on the Spanish stock market since 2020 began.

Bankinter regards this movement with such good eyes that they have established a new target price for ACS, at 31.20 euros per share. Compared to Friday's close, it represents a 25% revaluation. Also, you have changed your recommendation from 'Neutral' to 'Buy'. "After the strong fall accumulated in the year, we believe that the value has already largely discounted the current adverse scenario", remarks Tuesta.

The consensus of FactSet analysts gives each of their titles a target price of 29.47 euros, 21% more than the price marked in the last session of the week. 77% of experts recommend 'Buy' shares of the construction company, while 15% advise 'Keep' and only 8% opt for 'Sell'.

By technician, the 'Bolsamanía' analyst, José María Rodríguez, highlights that "the important increases this Friday, and also being a weekly closing, serve to completely nullify potential 'head and shoulders' training to which the ACS titles were shaping ". When this type of formation fails" the normal thing is to return, at least, to the origin of the movement: the June highs at 25.62 euros, "he adds.

Rodríguez does not rule out, "with his corrections against trend, a movement in search of the downward guideline, now at 28 euros. And below, on the support side, the most important at this time is the last decreasing minimum. (18.20) ".