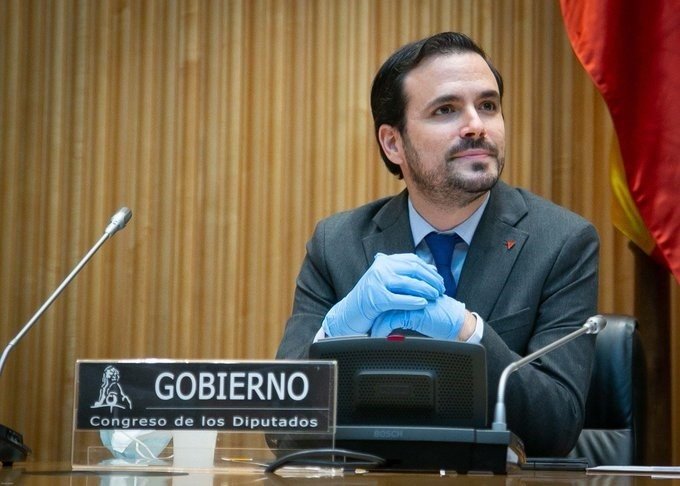 The Minister of Consumption, Alberto Garzón, has attacked King Felipe VI accusing him of "maneuvering against the government." Garzón's words come after his controversial absence in the official act of delivery of dispatches to the new judges, which was held this Friday in Barcelona.

Through his personal Twitter account, the leader of the United Left has indicated that it is "unsustainable" position of the monarchy. It has continued its attack, reproaching that it breaches the principle of neutrality established by the Constitution and that it maneuvers "against the democratically elected government."

Garzón has decided to launch it against the Spanish monarch hours after Felipe VI called the president of the General Council of the Judiciary, Carlos Lesmes, to convey that he "I would have liked" to be present at the event.

The position of a hereditary monarchy maneuvering against the democratically elected government, thereby violating the constitution that imposes its neutrality, while being applauded by the extreme right is simply untenable.

The monarch is usually one of the regulars of this act, however this year it has been the Government who has vetoed his presence as a result of the negotiation of the Budgets with the independence groups in Congress. The vice president, Carmen Calvo, positively valued the decision.

PharmaMar opens the week on the Ibex with falls, although it manages to save 100 euros

Continuous Market: the titles that fell the most are Prisa (-4.37%) and Atresmedia…

Meliá reduces its losses by 58% and reaches 151 million euros