The call Global Adoption Index of Cryptocurrencies 2020 of Chainalysis reveals that Ukraine leads the global adoption of cryptocurrencies in all countries.

This index is an excerpt from the Chainalysis Cryptocurrency Geography Report 2020, released at the end of the month.

It's an analysis that uses objective parameters, such as adoption rates and crypto usage patterns, to examine how they differ across the world.

Furthermore, most of the volume of cryptocurrency transactions is due to trading and speculation, while the aim of the index was to measure actual daily adoption by users.

For this reason, the formula used to calculate the index was weighted to measure the activity of cryptocurrencies, also taking into account the population and the economy size of each country, with the intention of detecting in which countries the majority of residents have transferred most of their funds to the cryptocurrency markets.

The Global Cryptocurrency Adoption Index consists of four metrics with which 154 countries are ranked. The overall ranking is calculated by taking the geometric average of each country's ranking and normalizing this number on a scale of 0 to 1. The closer the score is to 1, the higher the degree of adoption.

The four metrics that are taken into consideration are:

Finally, if a country scores zero on any of the four metrics, its overall final score is considered zero. 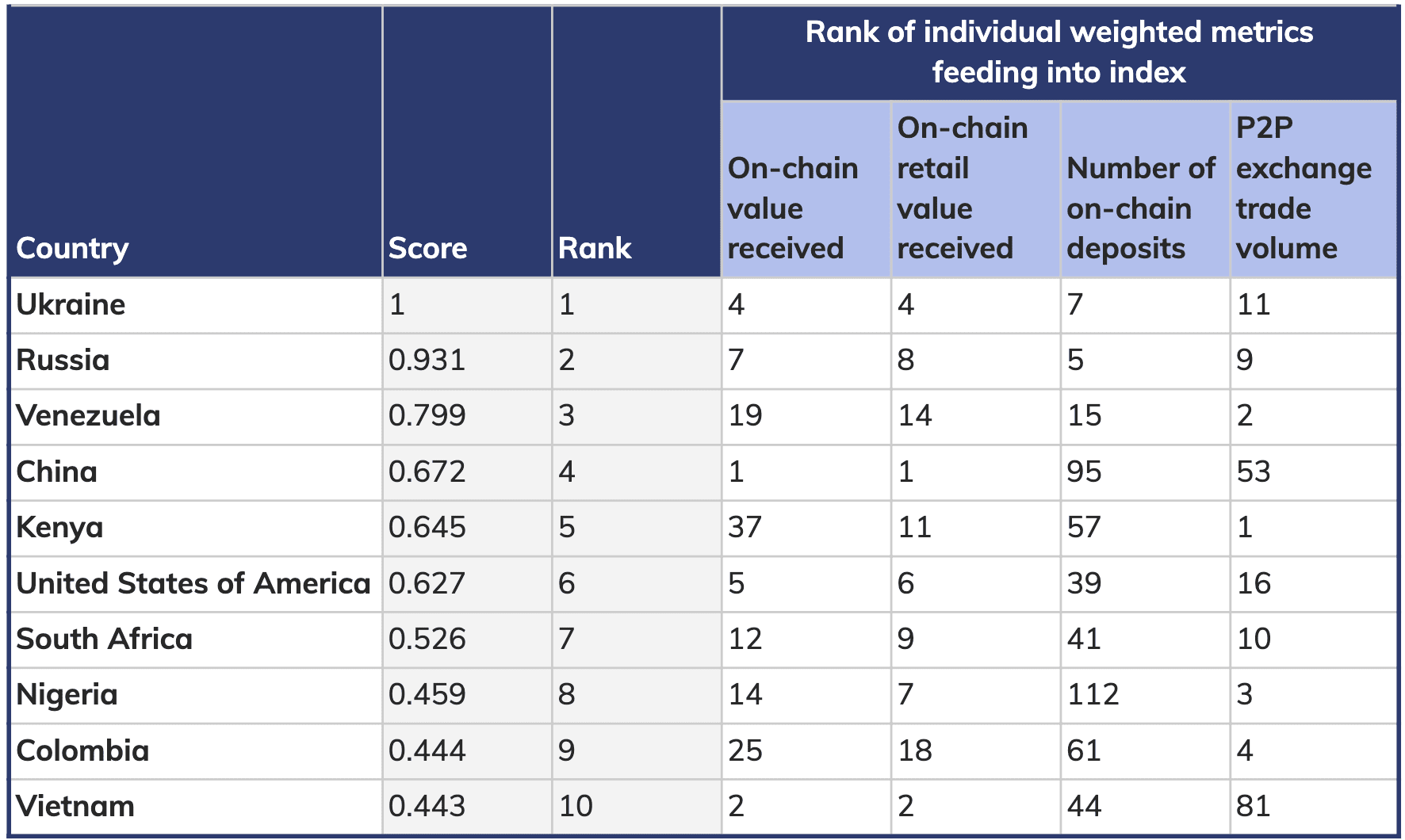 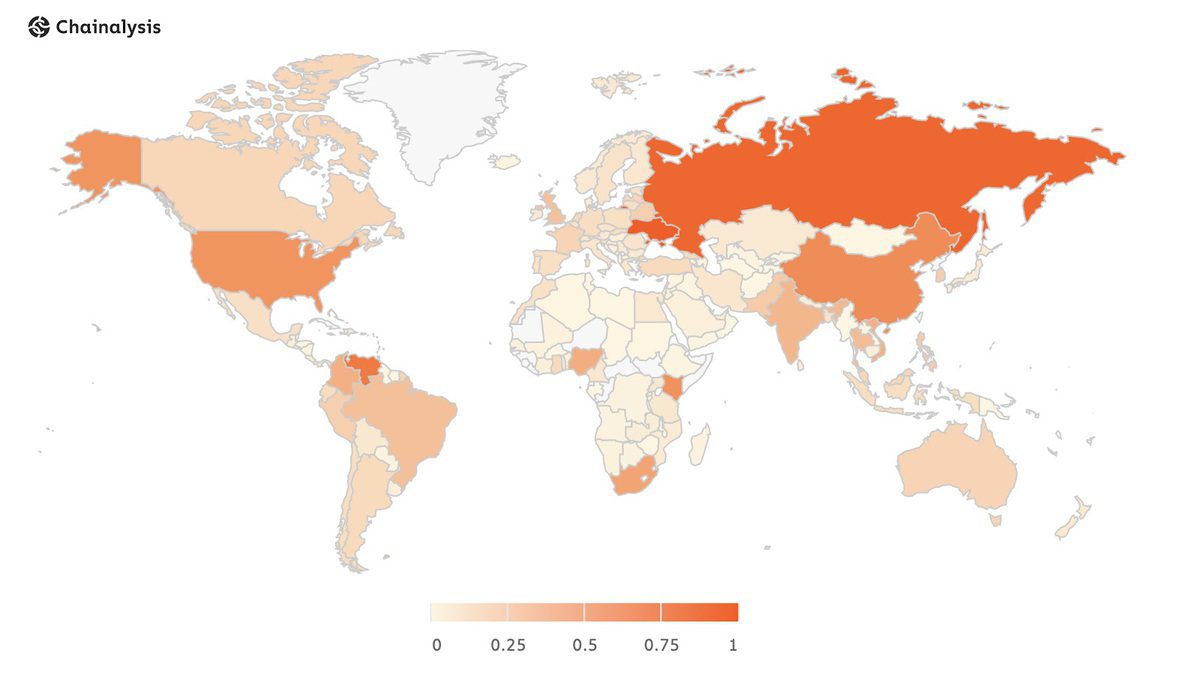 That said, the country at the top of this index, with a value of 1, is Ukraine, which, although not at the top of any of the four metrics, is in the fourth absolute position for transits, seventh for deposits. and eleventh for exchanges.

These first two positions are decidedly curious, both because Ukraine is often almost ignored in this sector, and because in Russia the state still has a not particularly favorable attitude to cryptocurrencies.

Third is Venezuela, with 0.799, while in fourth place is China with 0.672. These two positions are less surprising, both because Venezuela has big problems with fiat currencies and because China is one of the largest cryptocurrency markets in the world.

In fifth place is Kenya, which even surpasses the United States, ranking only sixth. South Africa, Nigeria, Colombia and Vietnam follow.

It should be noted that for the two transit rankings, China is clearly in first place, while Vietnam is in second place. Given that these are per capita values, based on purchasing power parity, these figures are very interesting.

Furthermore, of the 154 countries analyzed, only 12 have a score of zero, while many developing countries have a high activity base. For example, what is happening in Venezuela is also happening in a vaguely similar way in other countries in Latin America, Africa or East Asia where there are various problems with fiat currencies.

Citi selects Jane Fraser as new CEO: she will be the first woman to lead the bank

Facebook's cryptocurrency is ready for launch in the United States