From praising his mandate to asking to investigate him, the reactions to the flight of Juan Carlos I 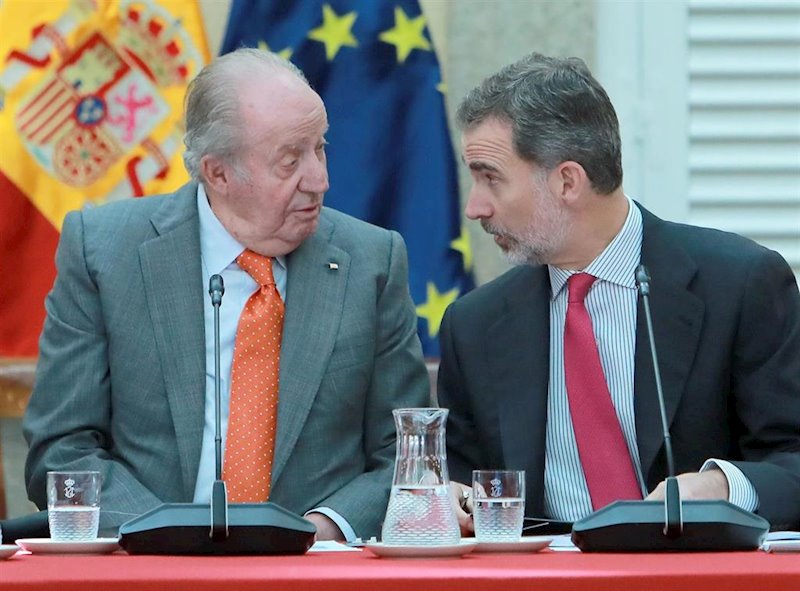 The king emeritus, Juan Carlos I, has communicated this Monday to his son his decision to leave Spain after the scandal of the commissions. A decision that did not take long to revolutionize the political scene in the middle of August. Politicians of all ideologies have contributed their opinion in this regard.

The Popular Party has issued a statement expressing "its respect for the announced decision" and reaffirming "its recognition of its four decades at the head of the Head of State and its fundamental contribution to the Transition."

A position very similar to that of Isabel Díaz Ayuso, president of the Community of Madrid, who has ensured through her Twitter profile that "We owe him the best years of our Democracy". Díaz Ayuso also wanted to send his support and confidence to "the Parliamentary Monarchy embodied by Felipe VI".

The ex-president of Madrid, Esperanza Aguirre, has been more euphoric, affirming that future generations "will never be able to thank enough for all that King Juan Carlos has done for Spain." A message that has culminated with "Long live the King!".

Spaniards today and future generations will never be able to thank enough for what King Juan Carlos has done for Spain.
Long live the king!!!!

Some messages that counteract with those issued by the representatives of the left. Pablo Echenique, secretary of Podemos, has denounced that the decision of the king emeritus does not solve anything. He also explained that this is not going to stop United We Can "to continue exploring all ways for Juan Carlos de Borbón's shady businesses to be thoroughly investigated."

Some statements very similar to those of his party partner Alberto Garzón, who stated that "the only thing that fits in a democracy of the 21st century is investigate all suspicious operations of citizen Juan Carlos de Borbón, judge and reveal all those responsible and accomplices. "

The Vice President of the Government has also spoken. Pablo Iglesias, who has alleged that "the flight" supposes "an unworthy attitude of a former Head of State and leaves the monarchy in a very compromised position." And like the Minister of Consumer Affairs, he asks that "any citizen who commits crimes must face the Justice".

The flight abroad of Juan Carlos de Borbón is an unworthy attitude of a former Head of State and leaves the monarchy in a very compromised position. Out of respect for citizenship and Spanish democracy, Juan Carlos I should answer for his actions in Spain and before his people

More discreet have been his partners in government. Pedro Sánchez has spoken through the Secretary of State for Communication. He has highlighted the "respect for the decisions communicated today by the Casa del Rey" and at the same extols "the sense of exemplarity and transparency" of the current head of state.

Ada Colau affirms that "allowing Juan Carlos I to flee would be a fraud against democracy and all Spanish citizens." For the mayor of Barcelona, ​​corruption must be prosecuted and support for the monarchy, for a referendum.

Rufian has pulled humor and commented on the escape of Juan Carlos I on his Twitter profile based on jokes. "I had a joke about Juan Carlos' corruptions but it escaped me," can be read in one of the last messages he has published.

I had a joke about Juan Carlos' corruptions but it escaped me.

The ERC deputy has also spoken to the media about this matter and has criticized the desire to "untie the rotten apple from the basket". A situation that for Rufian is not the first time it has happened. He has compared the departure of Juan Carlos I from Spain with the departure of Iñaki Urdangarín from the Spanish monarchy.

Max Keizer explains why Bitcoin's price won't face many obstacles until it reaches $ 28,000

Wall Street continues shopping: the Nasdaq, at the gates of 11,000 points