Ontology is a public blockchain, with its own token, which guarantees high levels of performance based on the operation of a distributed platform that depends on the contribution of the community.

The token that drives Ontologycalled Ontology Coin (ONT), It was initially issued as a NEP-5 token on the NEO blockchain, as both were created by Onchain, a company that provides the public with business solutions powered by blockchain technology.

Unlike most projects, Ontology was not launched through an initial phase of ICO, but instead opted to sell its token to private investors. Additionally, the Ontology team distributed a free portion of ONT to those who already owned NEO.

The Ontology network also includes a second token, NGO, whose role and purpose is associated with that of the gas to be paid, for example, when a smart contract; In addition, the owner of ONT receives a refund in NGO for the accumulated interest, which at this moment is equal to 3.38% per year.

In this case, the objective is to solve problems related both to the security and exchange of a person's identity and to the integrity of data in general.

That is why the platform offers two different solutions; ID ONT respectively for the first and DDXF for the second; Also, it is provided a wallet called ONTO, that allows you to securely manage both digital assets and digital identities, as well as smartphone data through a simple application, available for both Android and iOS.

Thanks to Ontology, the concept of mutual trust is redefined: In fact, data sharing and productive collaboration are maximized to ensure that one user can trust the other.

ONT ID is a decentralized infrastructure that helps users create and manage their own digital identities by allowing their authentication through a verification process provided by global figures, the Anchors, all based on blockchain, ensuring security and immutability of data.

These features, typical of any blockchain, are also enriched through the work done by Ontology Trust Anchor, which specifically provides a credential verification service for ONT ID owners, in exchange for ONT for the service provided.

This revolution can be implemented in all cases that occur when third parties request verification of credentials before accessing a service, asking to share information related to documents that contain confidential data.

Through ONT ID, on the other hand, it will no longer be necessary to provide all credentials, but only proof of your identity, whose concept is similar to that of a notary's signature on an authenticated document; In this specific case, what will be shared is therefore only the signature and not the entire document.

In this way, applications and developers can use ONT ID to quickly and securely verify the identity of new users, without having to deal with confidential documents, such as their passport. 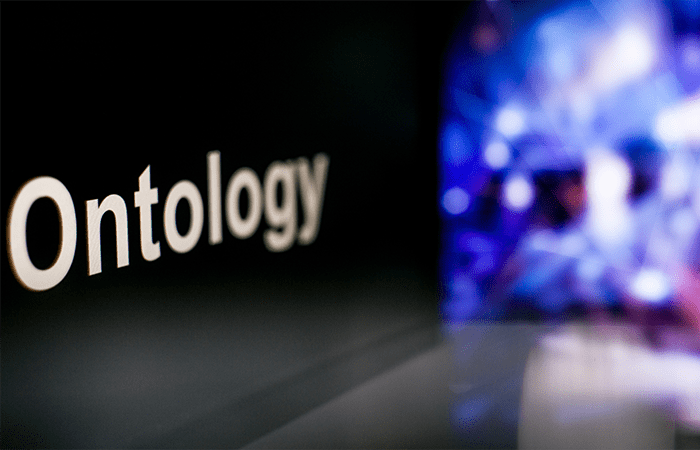 When it comes to innovative data management, DDXF will be a decentralized data exchange; Unlike ONT ID, this is still under development, but it will certainly provide an infrastructure to tokenize valuable data, making it traceable, actionable, and transferable across multiple systems.

This is possible because Ontology has been developed into a distributed ledger that enables a distributed identity and data exchange system, paving the way for an infrastructure for a point-to-point network based on trust, a network that can adapt to anything, being cross chain, cross system, cross application and cross device.

For example, this system could be very useful in the field of copyright protection or data exchange, as all of this will benefit from a set of data distributed across multiple systems, unlike what a single one can do. business.

The exceptional choice of this project, in addition to providing services related to the digitization of identity and the data itself, is that it allows any company to build its own blockchain that is located as a layer located on the main one, the chain of Public blocks of Ontology.

In this way, companies will be able to take advantage of all the benefits and resources derived from this technology, such as the creation of smart contracts and the tokenization data combined with cryptographic evidence, and they can also decide what information to keep private. And it will launch publicly on the Ontology blockchain, all tailored to your type of business and government.

This has been one of the critical points for which companies have not decided to immediately adopt the blockchain to carry out their activities; Obviously, each company has a quantity of confidential data and information that they cannot and do not want to make public.

Ontology's vast ecosystem also offers the possibility to participate in a multitude of types of programs depending on current skills and social status, such as global workshops organized for university students.

On February 5, 2020, the Ontology GCC was launched, which means Global Community Collaborator, a program that aims to expand the number of members of the community and its ecosystem through the creation of projects developed on the Ontology blockchain They will then receive feedback as real-world applications meet the needs of different types of businesses.

For this reason, as an incentive plan, has been put into play a group of 100 million ONT, intended for those who will contribute to improving the global panorama of the Ontology ecosystem.

Industrial prices sink 8.7% in May, the biggest drop in the series

Dogecoin Will Finally Be Listed Coinbase In About 2 Months

Monero (XMR) on the rise as business adoption grows by 31%

Facebook's cryptocurrency is ready for launch in the United States