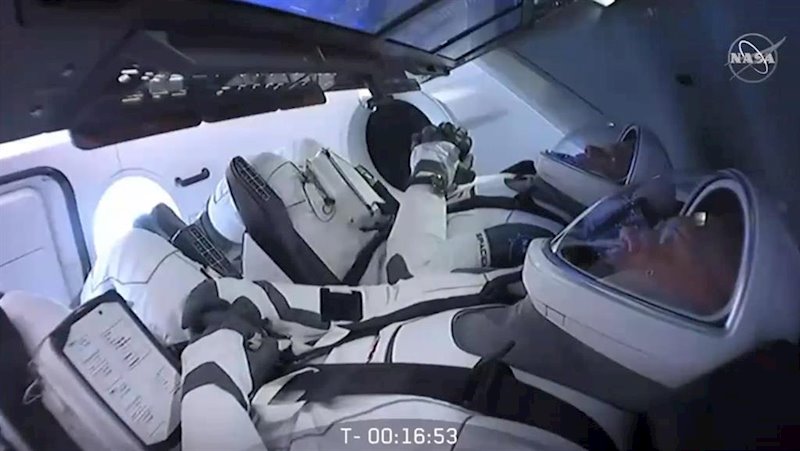 Businessman Elon Musk, famous for Tesla, He has fulfilled another of his dreams, to send astronauts into space. The two NASA astronauts Douglas Hurley and Robert Behnken took off on Saturday at 3:22 p.m. local time (9:22 p.m. in Spain), heading for the International Space Station (ISS), thus leading the first trip space crew of history aboard a ship that is not owned by a State, but by a private company, SpaceX, the company created by the South American-born American billionaire.

As expert media collects, it is the first time since the space shuttle Atlantis returned on July 11, 2011 that the United States managed to send a crew into space on a rocket made in that country. In these almost nine years, he has had to use Russian rockets launched from the Baikonur (Kazakhstan) cosmodrome to send his crews to the ISS.

The launch of the Crew Dragon has been achieved in the second try, given that last Wednesday bad weather forced to postpone takeoff just a quarter of an hour before the scheduled time. Finally, it took off from the Florida Kennedy Space Center platform.

Donald Trump and Mike Pence, President and Vice President of the United States, were present at the event. "I am very proud of NASA", Trump claimed.

Both the Falcon 9 rocket and the Crew Dragon capsule, in which Hurley and Behnken are traveling, have been manufactured by Space X. The main objective of this trip is to check the reliability of the Falcon 9 and the Crew Dragon, so that they are both authorized to carry out more missions for NASA (in order to dock at the ISS) and, in the near future, operate entirely privately for SpaceX.