Coup in small China: the investor 'passes' Hong Kong and may end up paying it 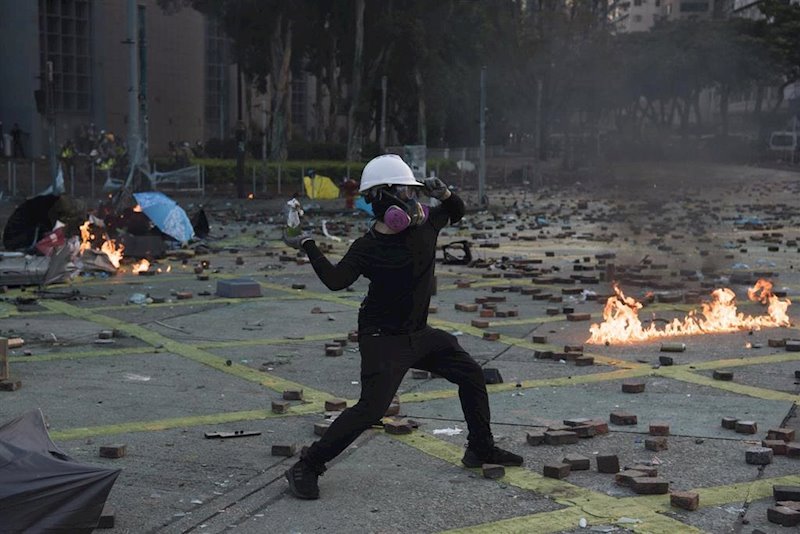 The investor 'passes' from Hong Kong. Tired of the pessimism that has accompanied them for weeks with the coronavirus crisis, market participants decide that they are not for more open fronts. And this is how (in part) the recent rises in the stock markets are explained. But some analysts are already beginning to warn: the next "train crash" between China and the US It will take place there and those who continue to ignore it can pay dearly.

Income 4 thus summarizing the opinion of many experts in recent days. Hong Kong is losing the halo of a great business hub in which to do business in the eyes of the rest of the world. Especially from the USA.

More than 1,300 US companies currently operate in Hong Kong, a city where some 85,000 Americans reside, according to data provided by the country itself.

"The most recent surveys indicate that these companies are going to start to de-scale their investments there," they point out from Capital Economics. "And it is that much of the attractiveness of the region comes from attracting this type of firm," they say.

The only one that is really discounting the gravity of the situation is the Hong Kong Stock Exchange. The city is again a powder keg and the parquet has been dyed red in recent sessions. The protests against the fierce Chinese regime, which sees here a great opportunity to get muscle, return to the front pages of the newspapers. Those of Xi Jinping have already warned that 10,000 Chinese army soldiers are ready to "protect" Hong Kong.

IT IS NOT A COUNTRY TO DO BUSINESS

"I don't see how this can improve," he acknowledges. Scott Salandy-Defour, startup founder Liquidstar, based in Hong Kong, in statements to MarketWatch. "As soon as we tell investors where we have our headquarters, they let us know that it is no longer as attractive as it was just a year ago," he laments. "If we continue here, we will stop opting for different forms of financing, such as aid from the US government," he says.

"Hong Kong is riskier than it used to be," he concedes. Tara Joseph, President of AmCham, another firm based in the city. "There is great concern seeing two moving buses about to collide, such as China and the US, with Hong Kong in the middle of both," he says.

"The city is doomed to lose a large part of the capital invested there," Michael Spencer, economist of Deutsche Bank. "Over time, people get nervous and think that this is not the right place, neither for them nor for their money," he says. William Reisch, economic advisor of the Center for Strategy and International Studies. "All this sends a clear signal that Hong Kong is not a safe place to deposit your money and do business," he concludes.