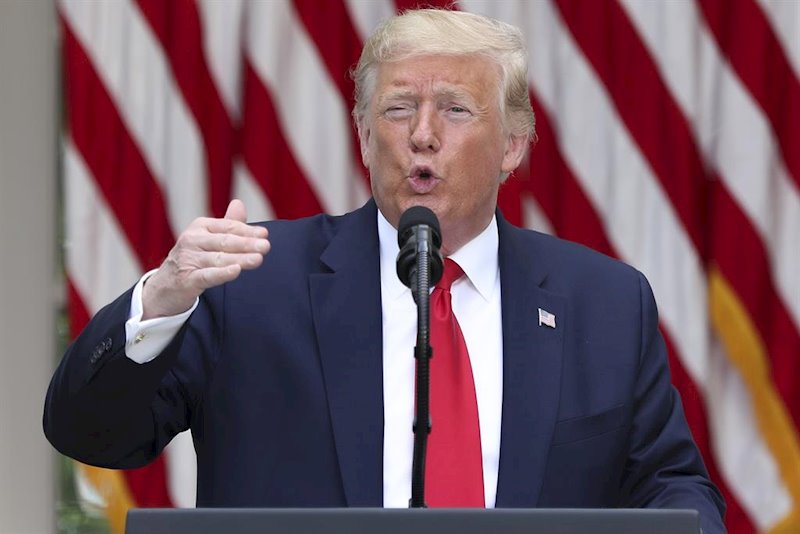 Donald trump plans to sign this Thursday a executive order to increase the legal responsibility of social networks about the content published by its users. The president of the United States makes this move after the enormous controversy generated this week after Twitter described one of his tweets as unfounded content.

The war between Twitter and the most 'Twitter' president in history began on Tuesday night, when Trump stated in his own profile that the ballot papers to vote by mail would lead to fraud, when considering them misleading.

This message did not go unnoticed for Twitter, which included a link with the text "Get the facts about voting by mail", which led to a page titled "Trump affirms unfoundedly that voting by mail will lead to electoral fraud."

This did not sit well with Trump, who accused Twitter of being a Democrats tool to silence the voices of Republicans. Further, threatened to regulate or close it "to prevent this from happening", as it plans to do this Thursday, according to various American media.

Trump's executive order will ask the Federal Communications Commission (FCC) to clarify the regulation of the so-called Section 230 of the Law of Decency in Communications. It is a federal law that largely exempts internet platforms from the legal responsability for the material that its users publish.

But that if it is changed, it would increase that responsibility and open the way to many more lawsuits and a greater control over the content published on social networks. Twitter shares fell 2.6% to $ 32.20.