The Ibex, with the highs of April to shot and in an "uncertain positive context" 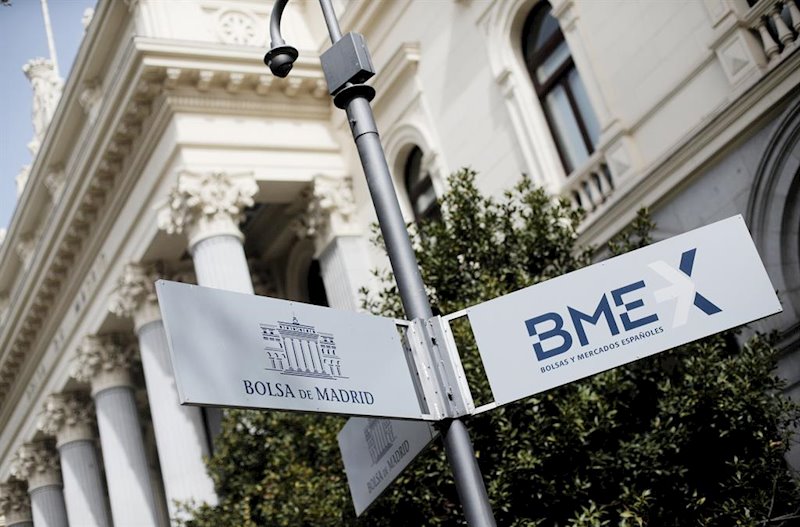 We are before an "uncertain positive context". This definition, by the experts at CMC Markets, summarizes the moment in which the exchanges are found. On the one hand, you want to keep bouncing, happily receiving any progress related to the coronavirus. On the other hand, no one escapes that much remains to be seen in terms of the economic impact of the pandemic, that there is a risk of a re-emergence of the virus and that there are a number of added problems – protests in Hong Kong, tensions between China and the US or uncertainties about Brexit when a new round of negotiations begins- that are being ignored.

In the midst of all this, the Ibex attacked in April the highs of April (7,210 points) and finally ended below that level. "Ideally, it should exceed these prices, if possible, in weekly candles, because somehow these types of closings are more forceful, more reliable. And if it did, only then, We will start to think about 7,440 points (38.2%), 8,000 points (50%) and 8,350 points (61.8% adjustment and weekly bearish gap). Summarizing, the feelings are still good but the most important thing is missing, to confirm above the April highs with ease, "explains José María Rodríguez, analyst at Bolsamanía.

The European futures come with increases of 1.10% this Thursday, while Wall Street ended last day in positive, with rises above 2% in the Dow. It was a somewhat convulsive session, in which the positive feeling ran into issues that weighed negatively. An afternoon headline from the South China Morning Post, saying that the Asian giant was ready to strike back at the US for any punitive action regarding Hong Kong, pressed the indices across the Atlantic. However, they quickly recovered to close green for the third consecutive day. The Dow and S & P500 finished well above the psychological levels of 25,000 and 3,000 points, respectively.

In Asia, the day has ended with a mixed sign, with sharp falls in the Hong Kong stock market.

This Thursday the European Commission's plan to allocate 750,000 million to recover the area from the pandemic continues. Of that money, it is calculated that 140,000 million would be for Spain. "While the markets have reacted as if it were an important moment for Europe, the sums at stake are negligible in the general scheme of things, given the magnitude of the economic shock, especially since no money will be available immediately. There is also the prospect that the amounts declared will probably be diluted, and even if the money is released, it will probably be so little that it will be completely insignificant"explains Michael Hewson, chief analyst at CMC Markets in London.

Across the Atlantic, the Federal Reserve Beige Book published yesterday pointed to further deterioration of economic conditions, with moderate price pressures, being the most affected sectors of leisure and hospitality. The only glimmer of hope was evidence of a rebound in New York, with a very uncertain outlook.

Regarding aspects of the day's agenda, today we will see the last revision of the GDP for the first quarter of the US, which was -4.8% in its initial publication a few weeks ago. Weekly jobless claims will also be known. In Europe, keep an eye on retail sales and the CPI in Spain, the CPI in Germany and confidence indicators in the Euro Zone.

Finally, in our country, the market will also be vigilant to what happens with the Nissan plant in Barcelona. Everything indicates that its closure will be announced.

"There is no timetable for the launch of the digital yuan"