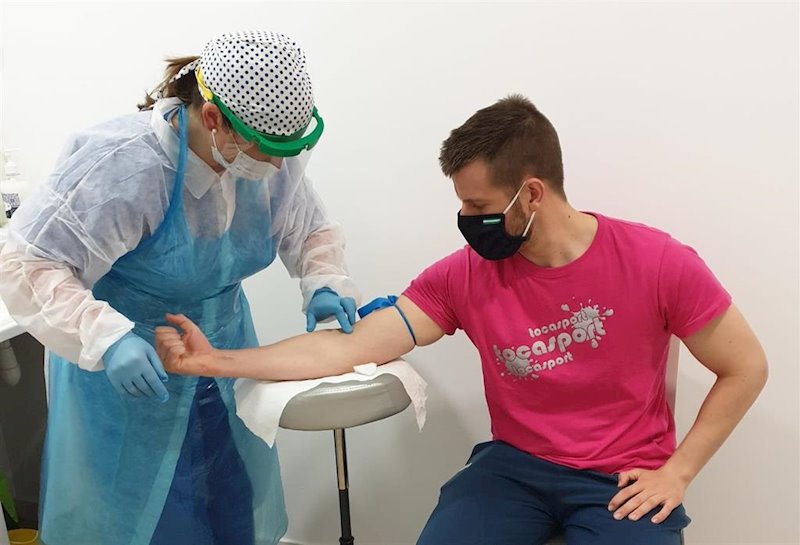 The Community of Madrid has issued an order to regulate the conduct of serological studies on coronaviruses promoted by municipalities, companies and other entities, on the understanding that it is "essential" to coordinate these processes, which in turn must have the authorization of Public Health.

In a resolution, the department headed by Enrique Ruiz Escudero sets forth a series of requirements to request this authorization when undertaking such epidemiological studies. This order is signed by the General Director of Public Health of the Community of Madrid, Elena Andradas, and has already been published in the Official Gazette of the Community of Madrid, so that its application effects are immediate.

"The General Directorate of Public Health will check and evaluate the documentation and information provided in order to determine the adequacy of the proposed study to the applicable health criteria, public health priorities and the necessary coordination within the framework of the SARS-CoV-2 seroepidemiological surveillance strategy"emphasizes the instruction on epidemiological studies.

The issue had generated some controversy when transcending the preparation of massive tests in the town of Torrejón, which has acquired the tests to take samples from its 130,000 inhabitants and asked the Ministry to start it. The regional president, Isabel Díaz Ayuso, has declared today that the regional government wants to include the Torrejón tests in its serological strategy with the aim of "facing the epidemic".

MUST HAVE A FAVORABLE REPORT FROM AN ETHICS COMMITTEE

Thus, with this order, the entities that promote the coronavirus antibody detection test must detail who promotes said study, the population area to which they are directed, as well as the protocol, methodology and planned analysis of results.

Another aspect that municipalities and companies must provide is the "forecast" of complementary tests derived from the study and the "commitment" that they will be assumed by the promoting entity. Also, in order to authorize its development, they must provide the requirements on informed consent that will be deployed for the taking of samples and a favorable opinion from a Research Ethics Committee. In addition, the Ministry of Health, which had been working on this regulation for days, requires the commitment to deliver a final report with the results of the study to the General Directorate of Public Health.

In turn, this resolution gives common criteria and specifies the conditions that must be taken into account, such as the quality of the tests used in the study and the contribution of these results to the Public Health services. The order details that, in the face of the coronavirus crisis, seroprevalence surveys are "an instrument" in the framework of epidemiological surveillance that "offer information" about the proportion of a population that has antibodies against a virus, or generated by vaccines or after infection.

"Several entities have stated their intention to carry out seroprevalence studies at the population level, resulting it is essential to coordinate these initiatives within the Community of Madrid to optimize and achieve the achievement of public health objectives that should inspire this type of study, such as determining the dimensions of the epidemic through the immune status of the population or knowing the evolution of the infection among citizens, this information being essential to guide public health measures to be adopted in the future for the adequate control of SARS-Cov2, "the document added.

Various municipalities such as Alcobendas, Fuenlabrada or San Sebastián de los Reyes have requested to carry out this type of epidemiological study in coordination with the health services, either in reference hospitals or health centers.

REVUELO WITH THE STUDIO OF TORREJÓN

The most famous case is that of Torrejón, which has presented its project to carry out the general sampling of its 130,000 inhabitants at the Ministry of Health and now awaits the validation of this request by Public Health. In fact, in social networks and messaging applications, a call for the aforementioned study on serological tests acquired by the Madrid City Council was disseminated, through a blood test, for all its neighbors, which would be called in alphabetical order in function of the surname.

Voluntary although recommended for the entire population with the intention of knowing how many people in the municipality have passed the disease, this test will be carried out in tents installed at the Torrejón fairground. However, the City Council has had to step out of the stir caused, since that poster unofficially released He alluded to the fact that the study was starting this Wednesday, with a statement advising residents that there were still no dates for sampling and urged the population not to go to the fairgrounds.

The Ibex, with the highs of April to shot and in an "uncertain positive context"