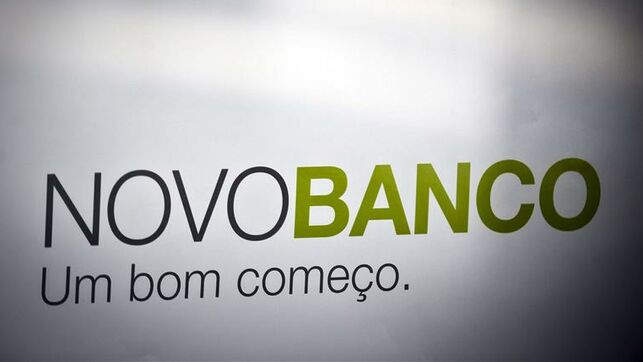 This time yes, Novo Banco offers its entire business in Spain for sale. The Portuguese origin entity leaves in the middle of the coronavirus crisis to find a buyer willing to stay with a business about 6,000 million euros. December 31 has been set as the deadline to close the operation, and yesterday the decision was communicated to the management committee and to the entire staff.

The intention of the leaders in Lisbon is to liberate capital from Spain, a figure that they estimate is about 200 million and that would add to the amount obtained from the sale of the branch. The bank is closing the hiring of an investment bank to manage the operation and to put a price on the current business perimeter. According to knowledgeable financial sources, the institutional business has 600 million in resources, and the other 5,400 million are divided into three more or less equal parts between company banking, private banking and private banking that the group still retains after its recent ERE.

At the end of last year, Novo Banco closed seven offices -among them, those of San Sebastián, A Coruña, Alicante or Palma de Mallorca- and carried out a ERE that affected 50 people of the central services and the commercial network, which meant, approximately, the cut of 21% of its workforce.

The Spanish branch of the Portuguese bank intends to sell all of its business at once, something that would suit a large commercial bank, but does not rule out chopping it up and selling it to different specialized banks. Last year, Abanca made an attempt to acquire the entire bank, but stopped from Lisbon. Although Novo Banco has tried to focus on the banking of Iberian companies and maximize the benefit derived from it, there are several injections of liquidity that the branch has needed.

In the last half year, the Portuguese entity has cleaned up its balance sheet in Spain with two divestment operations, which have allowed it to reduce its portfolio of toxic assets by almost 400 million. Sold a portfolio of doubtful loans to the American manager Waterfall, and previously had sold a portfolio of real estate assets to the Cerberus fund.

The entity of Portuguese origin is the result of the rescue in 2014 of Banco Espírito Santo (BES), which became the second largest bank in Portugal and one of the oldest and internationally known. Novo Banco kept the healthy assets and, in 2017, it was acquired at 75% by the North American venture capital fund Lone Star. The State of Portugal, through the Resolution Fund, maintains the remaining 25%. With the sale operation of its Spanish branch, the parent company would vent financially and, therefore, next year it would have to request less money from the aforementioned Resolution Fund, aid framed in the contingent capital mechanism that was included in the sale agreement to Lone Star.

THE SALE OF NB MANAGEMENT TO TREA, AT RISK

Previously, it had already reached an agreement with Trea Asset Management to transfer its asset manager -Novo Banco Gestión- for 15 million euros, although the operation has not yet been closed and, with the decision to put the entire bank up for sale You even run the risk of backing down. A day earlier, Novo Banco conveyed his decision to Trea, and now this manager is the one who has the ball on his roof.

As Bolsamanía published in March, the closing of the Novo Banco Gestión operation was hanging by a thread and ran the risk of not being carried out. Trea took over a business of around 800 million, but distributed among three types of activities very different from each other: family vehicles, which represent more than 50% of the total assets of Novo Banco Gestión, general "factory" products and a third type of vehicles under-managed or advised by third parties, known as author funds. But the sale agreement with Novo Banco did not include any kind of exclusivity, nor that the bankers and collaborating agents remain in the entity -their possible departure could cause a flight of assets to another entity- nor that the more general funds must continue to be sold in the bank's network. Now the picture for Trea is even worse, because it could run out of a network to sell at once, to which is added the strong loss of capital in the manager after the coronavirus crisis.

According to several of the previous sources, between this week and the next Trea, he had planned to receive the pertinent authorization from the CNMV, so he will have to decide forcefully whether, despite everything, he closes the purchase or desists from it. One of the sources consulted predicts that Trea will step back, since the operation "does not make sense to them in these circumstances."

CaixaBank manages to react from the key support of 1.50 euros