Cos (Bank of Spain) warns: the delinquency of ICO loans will be huge 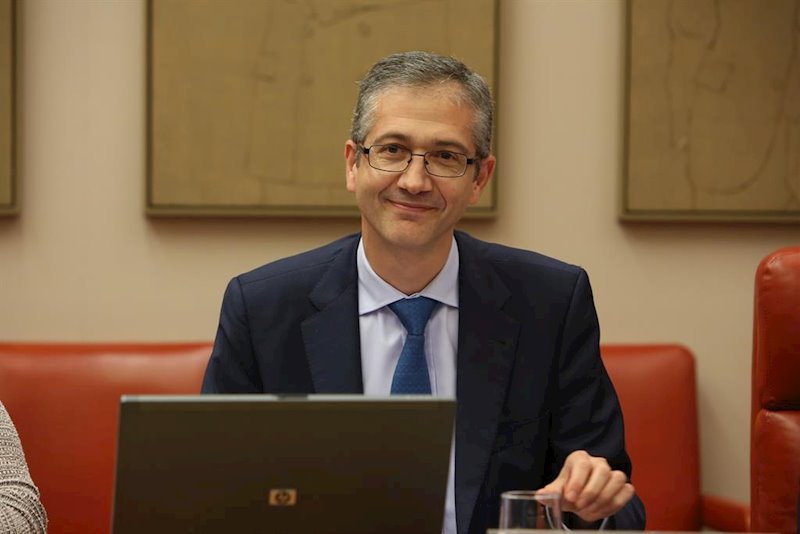 The Governor of the Bank of Spain, Pablo Hernández de Cos, said Monday aloud in Congress what the bank has been saying in a low voice for two months: the delinquency of credits with ICO guarantee is going to be huge Given the magnitude of the crisis (the supervisor himself yesterday revised its forecasts to a drop of 12.4% of GDP this year). So he called for greater risk control of entities … too late.

Hernández de Cos stressed in his appearance that the banks should not act in a reckless way, since the delinquency of these credits can "explode". "What is very important from the point of view of the State and the Bank of Spain is that banks have to continue doing a risk analysis. We cannot afford to grant credit to companies that we already know are not viable"

"Can I say right now that have all credits been appropriately awarded? No. Can I say that malpractice has been generalized? Nor, "he added.

Cos's problem is that he arrives very late, when, according to his own figures, 371,070 loans of this type have already been granted for an amount of 36,291 million euros. And the bulk of those credits nor they would have been granted by the bank never in life if they did not have the state guarantee by 80% in the case of SMEs (70% or 60% in large companies). Why? Well, because of the enormous risk of default they have.

That is, the banks have not applied the same criteria to ICO loans as they grant with their own balance because, if they had, they would have awarded practically none. Furthermore, as ForexNews.online has reported, there is a kind of race between banks to grant ICOs earlier than its competitors, which has caused the public Institute itself to reject numerous applications that did not meet the requirements. In those cases, the Santander has decided to grant the loan assuming all the risk so as not to lose the client.

Also, their own supervisors have incentivized this massive concession and the conversion of normal 'old' credits into 'new' credits with ICO endorsement. For example, the ECB accepts these loans as collateral to grant liquidity to entities. And his own Banco de España has granted "flexibility" to the sector to avoid having to suddenly provision these assets when they begin to default.

"If you told any freelance a year or two ago that they are going to have a loan, even if it's 4.5% (the maximum rate that is being applied to ICOs) in a situation of absolute crisis and with the business closed, he signs it without thinking, "said one entity in response to the accusations of charging abusive interest. Another added that"we all know how most of these credits will end, so if they are not guaranteed, they are not, period. "

These estimates of extremely high delinquency should not come as a surprise to the Bank of Spain in view of its economic forecasts. If the GDP is going to fall 12.4% and its own calculations assure that "a drop in GDP of one percentage point has led, in the historical average, to an increase in the default ratio of 0.7 points"Because the account seems clear. He even acknowledges that it may be worse:" the magnitude of the drop in output projected at this time is very high, which could give rise to a proportionally greater effect. "Especially without support measures for companies as tax reductions or without being able to fire if they have filed for an ERTE due to force majeure.

The ICO Direct lines that Zapatero promoted between 2010 and 2012, in the euro crisis, reached 83% delinquencies. If this figure were to be repeated now, we would be talking about a loss of around 80,000 million for the public treasury. Something unsustainable, even though Europe is now more prone to grant subsidies to Spain after the agreement of France and Germany. And that explains Hernández de Cos's warning.

Why are traditional investors slowly turning to Bitcoin?

Strong volatility in the Ibex: it falls about 3% while the 'vaccine effect' is diluted