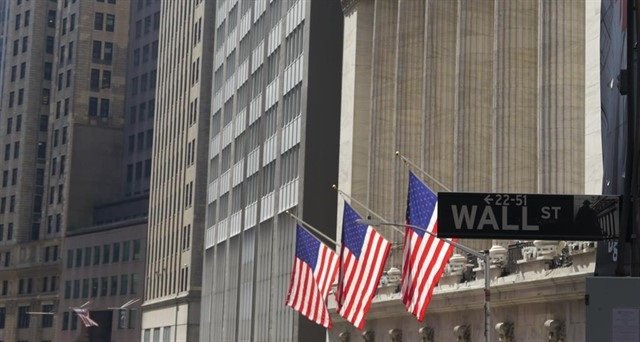 Wall street The session began with falls of 1% after the publication of a lousy figure of April retail sales and after Thursday rises, which ended a three session bearish streak on the New York Stock Exchange. Now, once this data has been digested, it trades with slight gains trying to cut weekly losses.

At the moment, the balance of the last five days is still clearly negative for the American indices, which nevertheless still register a rebound of 28% from the lows of March (in the case of the Dow Jones and the S&P 500) and 34% for the Nasdaq.

On retail sales in the United States, a 12.3% drop for the general data and a 4.6% decrease for sales of the control group, which directly affect the calculation of GDP. However, the data has been much worse than anticipated.

The retail sales 16.4% have collapsed, the biggest drop in its history. And the sales of the control group 15.3% have sunk. Not including car sales, sales fell a 17.2%, well above the 8.6% forecast.

Investors also discount a further increase in tension between the US and China after publishing Reuters on a change in a Commerce Department rule, which will force any company that uses American chip equipment to obtain a license before supplying chips to Huawei, something that the Chinese government did not like at all.

Beijing has already announced that it could impose restrictions on companies like Qualcomm, Cisco, Apple and Boeing if the sale of chips to Huawei is finally blocked. Thus, the threat of a trade war makes headlines again.

Within the business field, JC Penney stands out, who shoots more than 30% later avoid bankruptcy after paying $ 17 million in interest on a line of credit. Rumors of the bankruptcy of the company had led to the suspension of its trading on Wall Street.