Montero avoids supporting the tax on the wealthy of Podemos: prefers to reform other taxes 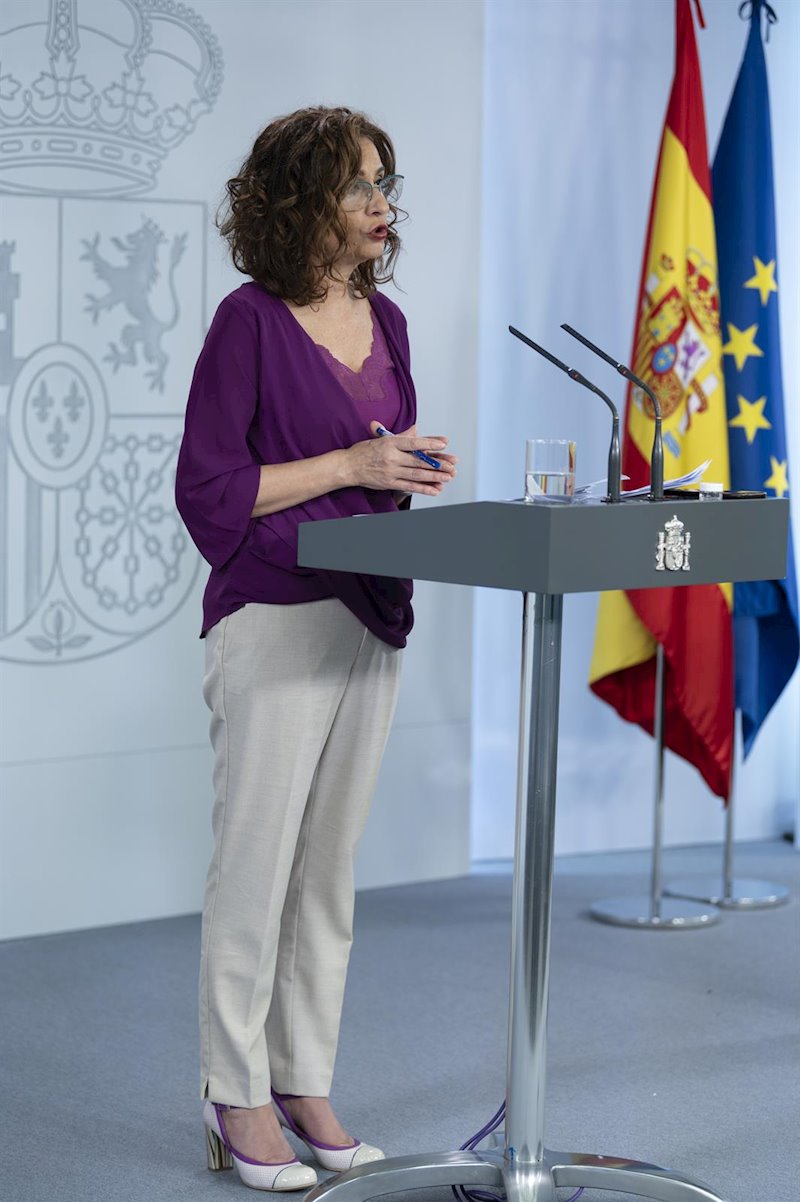 The Minister of Finance and Government spokesperson, Maria Jesus Monterohas avoided expressly supporting the wealth tax that it proposes to create United We Can, with the objective of tax between 2% and 3.5% on assets of more than one million euros. It is committed to reforming current taxes so that those who have more contribute more "without the need for any express figure."

This was said this Tuesday at the press conference after the Council of Ministers, having been asked about the measure proposed by the government partners of the PSOE. After assuring that the Executive of Pedro Sánchez has a "clear vocation that there is a fair taxation" and "progressive" so that "those who have more contribute more", he said that you don't need to create a specific figure for it, which is precisely what the purple formation proposes.

Montero has spoken of a "revision of existing figures", to "adapt them to the greatest contribution of those who have the most", and has set the example of what is currently happening with Corporation Tax. "It is an example, they contribute more from SMEs than from large companies," he recalled, and their objective is to modify it so that large corporations contribute more.

In addition, explained the head of the Treasury, there are "other tax categories in which we can continue working, without an express figure", in reference to the tax raised by Pablo Iglesias and his. And it is that, according to Montero, "what is important is not the instrument itself, but achieving the objective" that those who have more contribute more, so that "we all receive what we need."

THE BIG FORTUNES WILL HAVE TO PAY MORE

A few weeks ago, when people began to talk about a possible tax on the wealthy, the spokeswoman was already blunt: she ruled out this tribute but said that the great fortunes will have to pay more. Specifically, Montero pointed out in his appearance in the Finance Commission in Congress that in the Government "we have not talked about a tax on large fortunes, but we do have that large fortunes have to contribute more."

At that time he already said that there are "different ways" to increase the contribution of large fortunes, such as through the current tax figures, such as the Wealth Tax who has defended, or that of Successions being a tax "linked to what each one has or has inherited" and that tax specialists "know that it does not tax twice."

Spanish real estate was showing weakness before the Covid pandemic