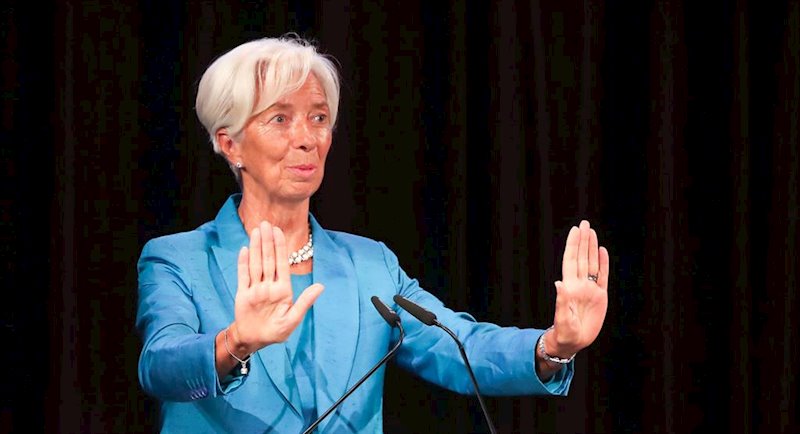 German Justice has slapped the European Central Bank (ECB) loudly and to the bazooka of its former president, Mario Draghi. The incentives that it launched in 2015 and stopped in 2018, to relaunch at the end of 2019, are generally highly valued and defended tooth and nail by numerous economists, but highly criticized by others, for their magnitude and the billionaire consequences on the balance sheet. from the central bank. This proportionality is precisely what is questioned by the German Constitutional Court ruling, which has three months to the ECB to justify, but the crux of the matter goes much further in the current context of the coronavirus crisis and calls into question "absolute flexibility" promised by the president of the issuing institute, Christine Lagarde.

For immediate purposes, the decision of the Karlsruhe Court questions operations that the Bundesbank During the more than three years that the Public Debt Purchase Program (PSPP) was in operation, and which it has carried out since its restart. Unless the Governing Council of the ECB demonstrates in an understandable and proven way that the monetary policy objectives pursued by said program are not disproportionate to the resulting economic and fiscal policy effects, the German central bank will no longer be able to participate in the implementation and execution of the decisions of the ECB in question. In addition, it must return the purchased, a large part of the 2.7 billion euros of balance sheet of the issuing institute, fruit of this program, according to experts consulted.

Under normal circumstances, this news would be of great impact in itself, but in the current context, with the rampant crisis that the pandemic has unleashed in all the economies of the world, it has the potential to be catastrophic. The German court has seen fit to point out that it leaves expressly on the sidelines "to the financial assistance measures adopted by the EU and the ECB in the context of the coronavirus crisis". But as some analysts have been quick to defend, this doesn't really matter, because the waterline of the special purchasing program has been torpedoed released to alleviate the effects of the virus.

The entity piloted by Lagarde has emerged as the last safeguard of the eurozone's public debt, with the promise of buy 1.1 billion until the end of the year, a large part of them through the Pandemic Emergency Purchase Program or PEPP, of 750,000 million euros. In addition, at its meeting on April 30, the entity left the door wide open to turn this plan into infinite in quantity and form, in the style of other central banks like the Federal Reserve (Fed) or the Bank of Japan (BoJ). Lagarde stressed that the bank has the power to be "flexible" and will make use of this prerogative.

What the president of the monetary supervisor did not count on is the move by justice of the first power in the euro zone. The conditions required of the ECB for the participation of the Bundesbank can be perceived as one central bank firepower limitation to address the Covid-19 crisis. In fact, the ruling "precisely restricts the aforementioned 'flexibility' of the PEPP," say Berenberg analysts. The question now is "whether the Karlsruhe Court's limitations are perceived by the market as undermining the ECB's effectiveness in responding to the current economic emergency," economists continue. The risk premiums have already rebounded this Tuesday, so fear begins to settle among investors.

In this sense, Vítor Constancio, Vice President of the ECB at the time of the design and launch of the PSPP program, has warned that the great risk of today's decision is that opens the door for new legal complaints in Germany against the PEPP program. "The Court insists on the ridiculous distinction between monetary policy and economic policy and wants proportionality in its effects. Can a German economist explain what this means?" Said Constancio, who gave up his post at the ECB to Luis de Guindos in June from 2018.

IS LAGARDE DRAWING THE OMT?

However, "as the new PEPP program is a direct response to a dramatic crisis, the ECB may find it easier to argue that it complies with the principle of proportionality to the task at hand and to possible side effects"They argue from Berenberg. For the economists of the German house of analysis, however, it is possible that the verdict will hinder the expansion of the standard PSPP program, once the emergency PEPP ends."

The central bank has met urgently to give a first response and put an end to a possible breach of confidence in the power of the issuing institute under current conditions. His reaction has saved the eurozone countries from a worse event than the 2012 crisis, in the words of Guindos himself, "but he does understand the opinion of the German high magistrates as a corset to his ability to scale quantitative easing (from English quantitative easing -QE-), will pass the ball to the roof of fiscal policy to give a common response to the pandemic, "warn Berenberg analysts.

Furthermore, restrictions in current programs would increase the likelihood that the ECB would have to resort to purchasing bonds from individual member states under the Direct Monetary Transactions (OMT) not yet used. That would increase pressure on Italy to apply for a European Stability Mechanism (ESM) line of credit, which is a precondition for the use of the UNWTO program.

For now, Brussels has limited itself to remembering the primacy of European law and that the judgments of the Court of Justice of the European Union (EU) are binding on all national courts. The Court of Justice of the EU endorsed Draghi's QE in 2018, precisely in response to the preliminary question raised by the German Justice, on the understanding that it does not exceed the mandate of the institution.

Technical analysis office: we answer your questions about all types of market values