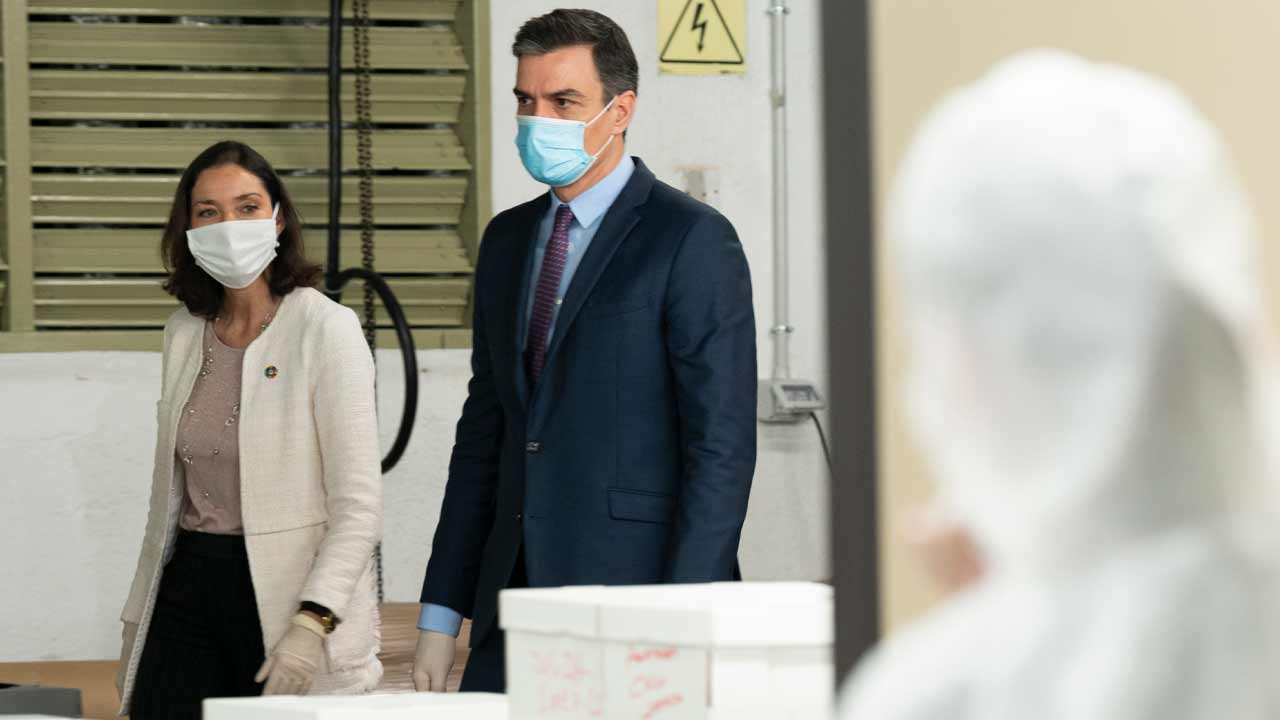 The Government has advanced this Saturday the details of the ministerial order that will regulate phases 0 and 1 of the de-escalation which take effect on May 4. The Executive has introduced some changes in relation to the progress made by the Prime Minister, Pedro Sánchez, when he presented the plan to return to the "new normal" on Tuesday. Among them, the mandatory use of a mask on public transport from next Monday or capacity of the terraces at 50% and the meetings of 10 people, outdoors or in private homes, since May 11, when phase 1 begins throughout the territory.

The most significant of these measures is precisely the use of masks, for which the Government will facilitate a total of 6 million of these products in the main public transport hubs, another 7 million to the Spanish Federation of Municipalities and Provinces (FEMP) to proceed with its distribution and another 1.5 million to an organization to guarantee its distribution in groups with disabilities.

Also, starting next Monday, restaurants and cafes will be able to open so that citizens can pick up orders at the premises. These will be carried out by phone call and the Internet and a preferential distribution system will be established for the elderly or with dependencies. And it will be the following Monday, May 11, when the terraces of hospitality establishments they will be able to occupy their capacity at 50%, compared to the 30% initially planned. This regulation applies to all types of terraces, both outdoors and interior terraces of those establishments that have them, according to government sources.

The shops and service stores that can open from Monday, among which you have mentioned bookstores, hardware stores, hairdressers, clothing or shoe repair shops they can attend by appointment and a single client for each worker. Preferential service hours will be established for those over 65 years of age, which will coincide with their walk times, from 10 to 12 noon and from 19 to 20 hours.

They will also open the files to the public, to which citizens can go regardless of whether the documentation may also be required online.

Starting Monday, training is also authorized for professional athletes who will be individual and without a time limit within the province. Paralympic athletes may be accompanied.

Likewise, meetings of up to a maximum of ten people will be allowed from phase 1 of the de-escalation, according to sources from the Executive. During these meetings, people should always keep an interpersonal distance of two meters and always maintain the hygiene measures established regardless of whether they are outdoors, in a private home or in any other space. They will not have to be cohabiting at the same address, but may be family, neighbors or friends.

The mobility of citizens will be increased in a special way in four islands -Formentera, Hierro, La Graciosa and La Gomera- that next Monday will begin the de-escalation directly in phase 1. In these places it will be allowed, as established by the provisions referred to this phase, social contact in small groups, in addition to the trips of the cohabitants in the same private vehicle (with the possibility of occupying all the places in the vehicle), as well as the opening of terraces and cultural facilities with restrictions of anticipated capacity.

These prerogatives will be extended to May 11 in the rest of the regions, when circulate with all its seats filled to private vehicles up to nine seats, provided the occupants live in the same house. As sources from the Pedro Sánchez Executive have reported, despite the fact that currently the use of the car is residual, once Phase 1 begins there will be a greater opening and the circulation of vehicles will increase.

Thus, in cars with up to nine seats, all of them may be occupied by travelers if they live in the same house. In case of not living together, only two places can be occupied for each row of seats, keeping their distances, and each passenger must use masks or other protection device. If they are registered in the same place, the use of a mask is recommended.

In the field of discretionary public transport, such as minibuses or vans, the seats after the driver will have to be kept free. As for the movement between the different territories, the same sources have reiterated that citizens can only move through the province where they reside during all phases of the de-escalation.

The masks "will be mandatory" on public transport from May 4